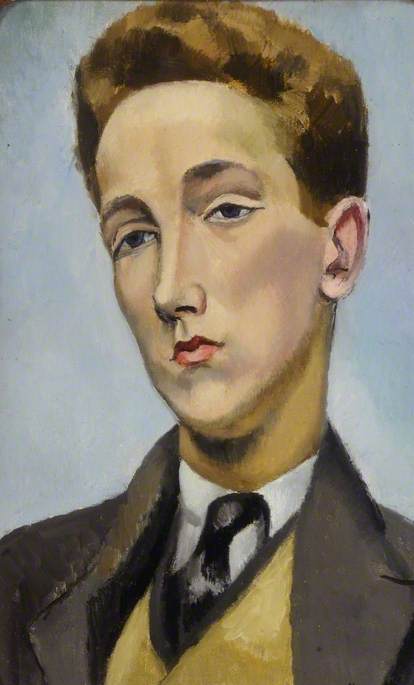 British painter, designer, and illustrator, famous more for her flamboyant bohemian life than for her work. She was born in Tenby, Wales, the daughter of an army officer, and studied at various art schools in Dublin, London, and finally Paris, where she met several leading avant-garde artists, including *Brancusi, *Modigliani, and *Zadkine. Another artist she met there was the Norwegian Roald Kristian (also known as Edgar de Bergen), whom she married in 1914. She seems to have been relieved when he was deported as an unregistered alien during the First World War; they never saw one another again. From 1913 to 1919 Hamnett worked for Roger *Fry's *Omega Workshops; Fry (with whom she had a love affair) painted several portraits of her. In the 1920s, she spent much of her time in Paris, where once again she knew many leading figures of the avant-garde, including Jean *Cocteau and the composers Satie and Stravinsky.

Read more
However, she often returned to London for exhibitions of her work, which included portraits, landscapes, interiors, and figure compositions (notably café scenes) in a robust style drawing on various modern influences. In addition to paintings, she made book illustrations (spontaneous pen-and-ink drawings), notably for Osbert *Sitwell's The People's Album of London Statues (1928). From the 1930s the quality of her work declined, partly because of the influence of alcohol; she died following a fall from the window of her flat in London. Her colourful, uninhibited life is recounted in two volumes of autobiography—Laughing Torso (1932) and Is She a Lady? (1955).