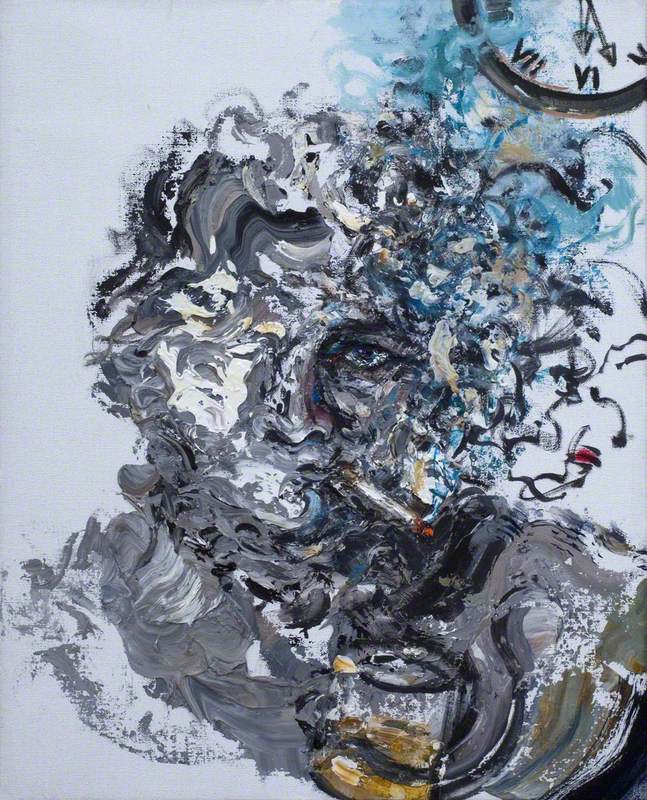 British painter and sculptor. She was born in Hadleigh, Suffolk, and studied at the East Anglian School of Art (with Cedric Morris and Arthur Lett-Haines), 1960, Ipswich School of Art, 1962–4, Camberwell School of Art, 1964–7, and the Slade School, 1967–9. Her style is colourful and energetic and she is perhaps best known for her vigorous portraits, such as that of the eminent chemist Dorothy Hodgkin (1985, NPG, London). She has also painted series on the comedian Max Wall, on the mythological figure of the Minotaur, and on the sun. In 1980–81 she was the first artist-in-residence at the National Gallery, London, and in the mid-1980s she became well known for her trenchant views on art as a panellist on the television show Gallery, in which George Melly and Frank Whitford also appeared.

Read more
She has also made prints and recently sculpture, notably a memorial to Oscar Wilde (1998, Adelaide Street, Trafalgar Square, London) and Scallop (2003), on the beach at Aldeburgh, Suffolk, to commemorate Benjamin Britten.