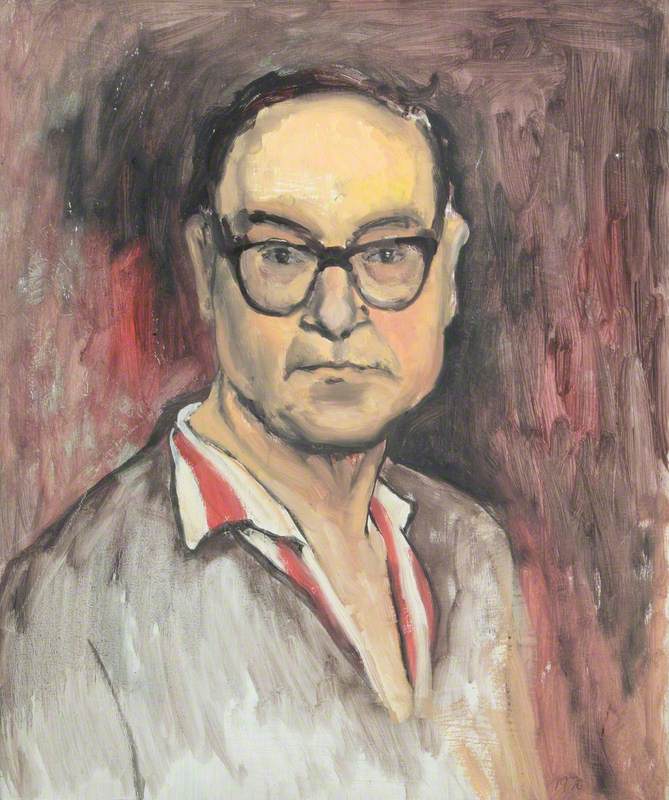 Red, White and Black Self Portrait 1970

Painter, notably of landscape in oil, born in Richmond, Surrey. His father was related to the Hallé who founded the orchestra, and his mother was a direct descendant of Sir Peter Lely, court painter to Charles II. Hallé decided to become a painter after looking at a book of reproductions in his public library, having gone to live in the East End of London aged 20, and attended evening classes at Bethnal Green Men’s Institute. During war service in the Army he joined local art schools where he was stationed, after demobilisation continuing at Battersea Men’s Institute and working at night as a telephonist. A visit to France during the war and later trips to South Africa, where he showed solo at Alder Gallery, Johannesburg, were important.

Read more
Jack Beddington included Hallé in his 1957 book Young Artists of Promise. Hallé took part in mixed shows, showed one-man at Wildenstein several times and had a string of solo exhibitions at O’Hana Gallery, where he painted a patio mural. When it closed on the death of its owner Hallé “could not get another gallery to take me on”; he filled sketch-books, but did little painting for about 20 years. Revived interest in the mid-1990s prompted him to paint again, and he showed at Bartley Drey Gallery. Latterly lived in sheltered accommodation in southwest London. Public galleries in Hull and Bury hold examples, Wandsworth Borough Council pictures and his diaries.