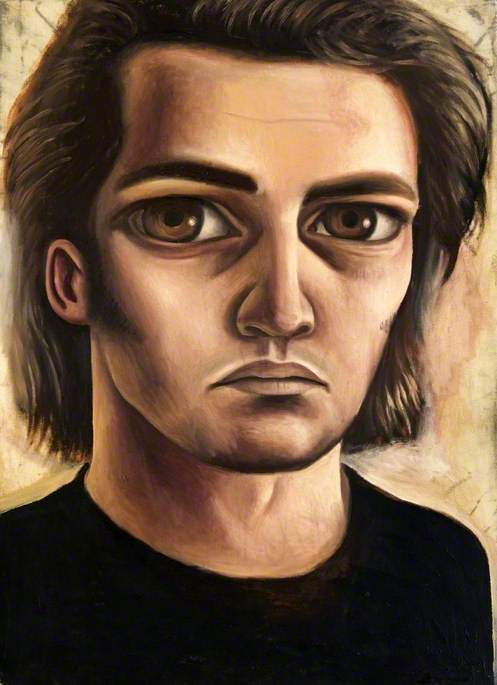 Glasgow Museums
Painter and teacher, born in St Andrews, Fife. He studied at Duncan of Jordanstone College of Art in Dundee, 1980–4, then Royal College of Art, 1985–7. From 1987 he taught part-time at Glasgow School of Art. Guy won many awards, including first prizes at Diadem Centenary, Scotland, and Scottish Young Contemporaries, both 1984; an Elizabeth Greenshields Foundation Award, 1985, with a second Award in 1987; and a prize in the 1993–4 John Moores Liverpool Exhibition for his spiked bed canvas, “one of a series I have done about pain and punishment, worry and guilt.” Showed solo at Paton Gallery from 1989 and lived in London. Unilever, Robert Fleming & Company and Scottish Arts Council hold examples.