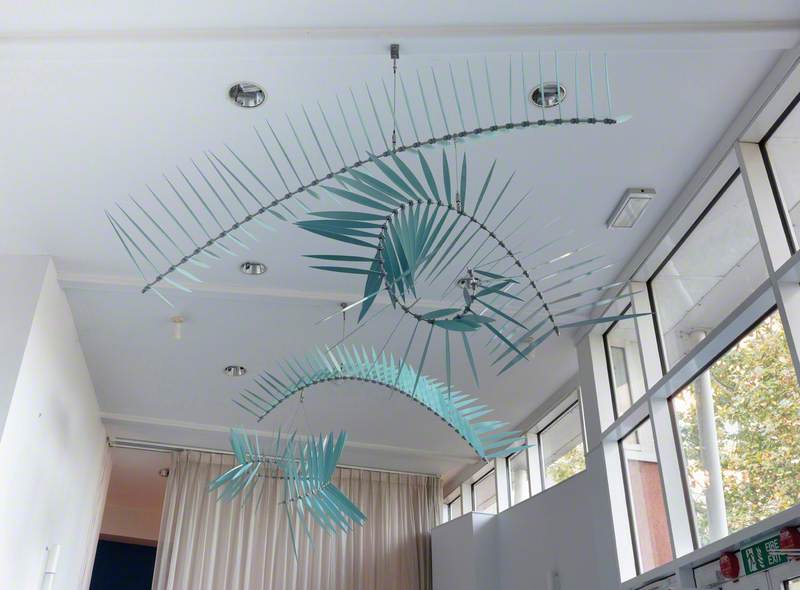 Maker of mobiles in a range of materials, born James Gutch, who was educated at St Paul’s School, 1988–93. He did a course in plaster-casting at the European Centre for the Trades and Professions, Venice, 1997, and in 1998 graduated with first-class honours in modern and medieval languages, Cambridge University. He then began making mobiles and was largely self-taught. “Balance and dynamism are the properties which underline all my works, whether they originate from direct study of the figure or whether they are based on purely abstract principles.