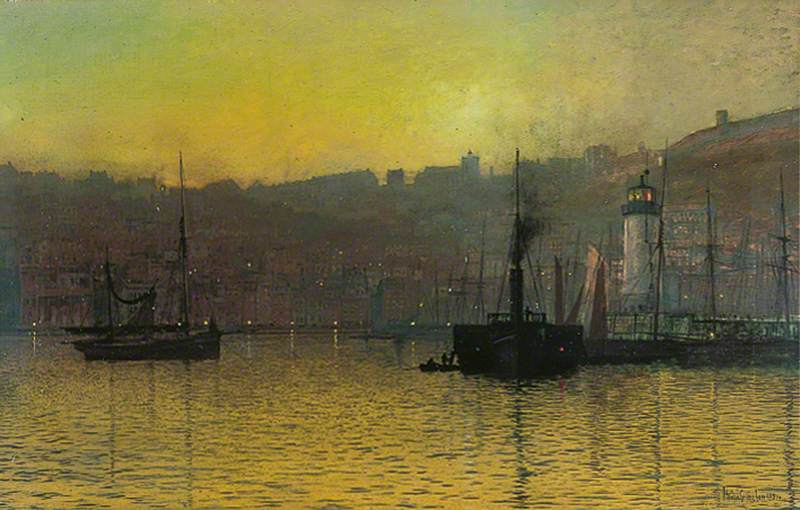 Leeds Museums and Galleries
(b Leeds, 6 Sept. 1836; d Leeds, 31 Oct. 1893). English painter. He specialized in a distinctive type of nocturnal townscape, usually featuring gaslights and wet streets, and Whistler said of him, ‘I considered myself the inventor of Nocturnes until I saw Grimmy's moonlit pictures.’ Grimshaw's paintings, however, unlike Whistler's, are sharp in focus and rather acidic in colouring, although often remarkably atmospheric. They were very popular (in spite of the fact that he rarely exhibited at the Royal Academy) and he was much imitated, not least by two of his sons, Arthur (1864–1913) and Louis (1870–1944?). Their father worked in his native Leeds and in other northern towns, as well as in London.