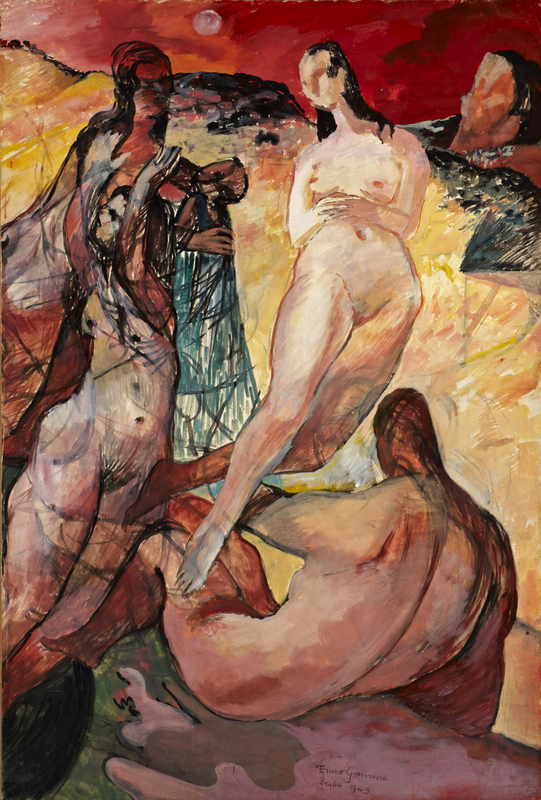 Artist and teacher, born in Welling, Kent, husband of the painter Eileen Greenwood. He studied at Gravesend Grammar School, painting at the Royal College of Art under William Rothenstein and, after a travelling scholarship enabled him to work at the British School in Rome, he entered the etching and engraving school of the Royal College under Malcolm Osborne and Robert Austin. Greenwood’s World War II Army service, 1941–6, included a time on the staff of the School of Military Engineering as an architectural draughtsman. Retired in 1961, having been a teacher then an inspector of art education with Inner London Education Authority and Kent Education Committee. Had a first solo show in 1947 at Kensington Art Gallery, about a dozen following by retirement.

Read more
During this he travelled extensively, for a decade as a specialist art lecturer with Swan’s Hellenic Voyages. Showed with RA and RI and was elected a member of RWS in 1973, being president for eight years from 1976 during which time the Society re-established itself at Bankside. Had a retrospective at New Metropole Arts Centre, Folkestone, 1972, another at County Hall, Maidstone, 1997. Tate Gallery and several provincial galleries hold his work. Lived in Broad Street, Kent.