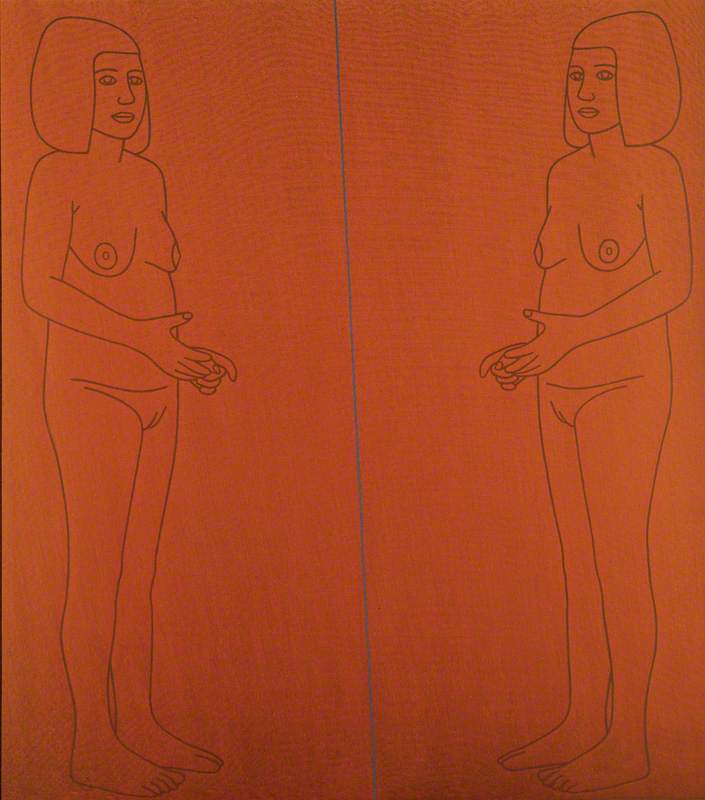 British painter and graphic artist, born in Sheffield. After an apprenticeship with a sign-writer, he studied at the *Royal College of Art, 1948–52. While living and working in Italy from 1952 to 1953 he was strongly influenced by the Italian *Social Realist Renato *Guttuso. In the 1950s he was a leading figure of the *Kitchen Sink School, depicting dour subjects including views of his home town (Sheffield, 1953, City Art Gallery, Sheffield). The member of the group he was closest to was Edward *Middleditch, in collaboration with whom he painted a mural, The Four Seasons (1957), for Nuffield College, Oxford. He was the most openly political of the group, visiting Russia in 1957 with John *Berger's ‘Looking at People’ exhibition, and was an early supporter of the Campaign for Nuclear disarmament.

Read more
However, he became disillusioned with figurative painting because of its failure to reach a large audience. In 1959 he wrote ‘I made attempts to form a pictorial language from nature which would be easily accessible to all who cared to look. To do this in England at the present time…is, I have realised, aesthetic suicide.’ His realist paintings had used heavy impasto. Now his paint became thinner, recalling his early training as a sign-painter. His subsequent more abstract work tends to emphasize colour rather than texture and reflects his admiration for the late collages of *Matisse and Ellsworth *Kelly. He has taught at several art schools and from 1983 to 1991 was head of printmaking at Norwich College of Art. Further Reading J. Hyman, The Struggle for Realism (2002)