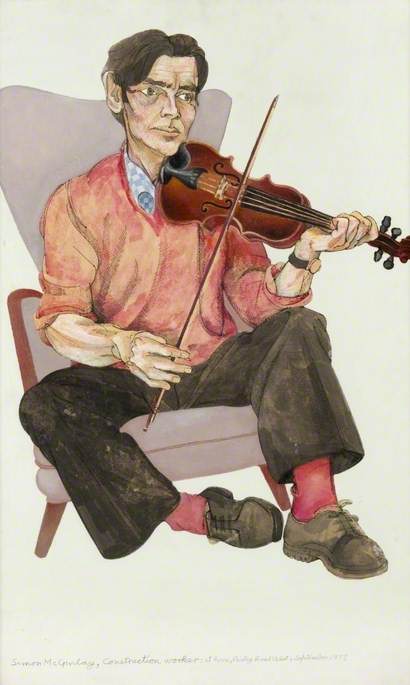 Versatile artist, writer and teacher, born and lived in Glasgow, who studied at Glasgow School of Art. From 1958–62, he was a secondary school art teacher; 1962–3, a theatrical scene painter; 1964, a “social security scrounger”; 1965–76 painter and playwright, with 17 plays televised, broadcast or staged; 1977, artist-recorder for Glasgow’s local history museum; 1977–9, writer-in-residence, Glasgow University; from 1981 being mainly a writer, book designer and illustrator. Gray wrote, designed and illustrated nine published novels, including the award-winning Lanark, of 1981, in gestation for 27 years; three books of short stories, one co-authored; two books of verse; a political pamphlet, Why Scots Should Rule Scotland, a play and in 2000 The Book of Prefaces, 15 years in preparation.

Read more
The Ends of Our Tethers: Thirteen Sorry Stories appeared in 2003. Gray was a member of the Society of Authors. As an artist, he claimed as “leading influences, Disney, Bosch, Blake, Beardsley and Munch; leading themes, Hell and Arcadia.” From 1959–77 he showed intermittently with the Glasgow Group. From 1962–73 he held annual shows, mainly with the Kelly Gallery, Glasgow, or Traverse Theatre, Edinburgh. There was a retrospective exhibition at the Collins Gallery, Strathclyde University, 1974. In 1998–9 the Scottish National Library, Edinburgh, showed and then sent on tour an exhibition of Gray’s book designs and illustrations. Gray completed a number of murals, venues including Palacerigg Nature Reserve Exhibition Centre, Cumbernauld; Abbots House Local History Museum, Dunfermline; and The Ubiquitous Chip Restaurant, Glasgow. Collins Gallery, The People’s Palace, Glasgow, and Glasgow University hold examples.