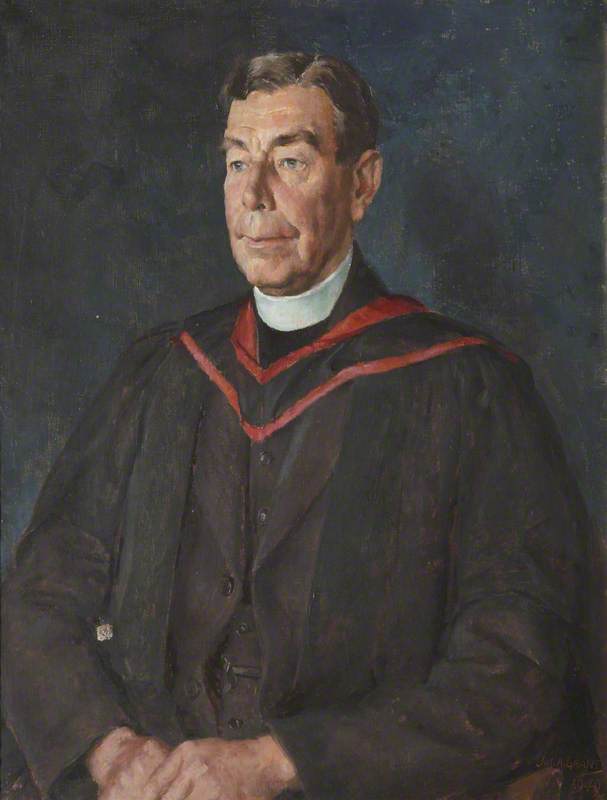 Harris Manchester College, University of Oxford
Printmaker, painter and teacher, born in Liverpool. He studied at the School of Art there, where he later taught, at Académie Julian in Paris and in London at Central Technical School. Eventually became vice-principal of Central School of Arts and Crafts. Before World War I in Liverpool Grant was a member of Sandon Studios Society, in 1932 becoming a fellow of RE, also a member of NS and PS of which he was president. Showed extensively, including RA, Chenil Gallery, NEAC, RSA, Walker Art Gallery and elsewhere. Walker Art Gallery holds his portrait of the theatrical designer George Harries, Whitworth Art Gallery, Manchester, his striking pastel Woman in a Grey Hat. Latterly lived in London. In 2001, Sotheby’s Olympia sold the contents of 41 Ladbroke Square, the home of Grant’s son Ian, including many of his father’s pictures.