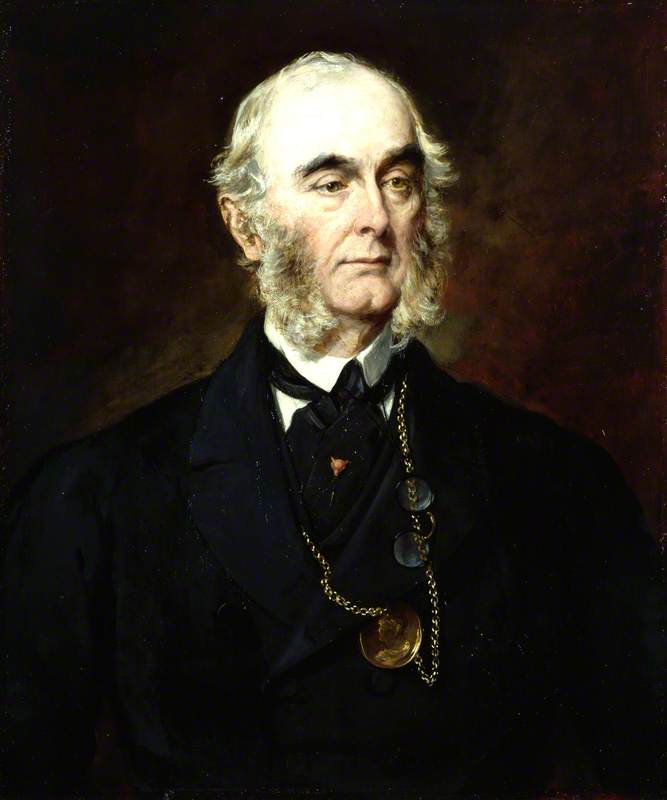 Royal Academy of Arts
(b Edinburgh, 18 Jan. 1803; d Melton Mowbray, Leicestershire, 5 Oct. 1878). Scottish painter, active mainly in England. Grant was one of the most successful fashionable portraitists of his day and he also (particularly early in his career) produced sporting pictures (he came from an aristocratic family and was devoted to fox-hunting). He was perhaps at his best in portraits of young women, in which he continued the glamorous tradition of Lawrence but tempered the elegant dash with a touch of Victorian sobriety: an enchanting example is his portrait of his daughter ‘Daisy’ Grant (1857, NG, Edinburgh). In 1866 he succeeded Eastlake as president of the Royal Academy. He held the post with distinction and in 1870 instituted the Academy's custom of holding major loan exhibitions.