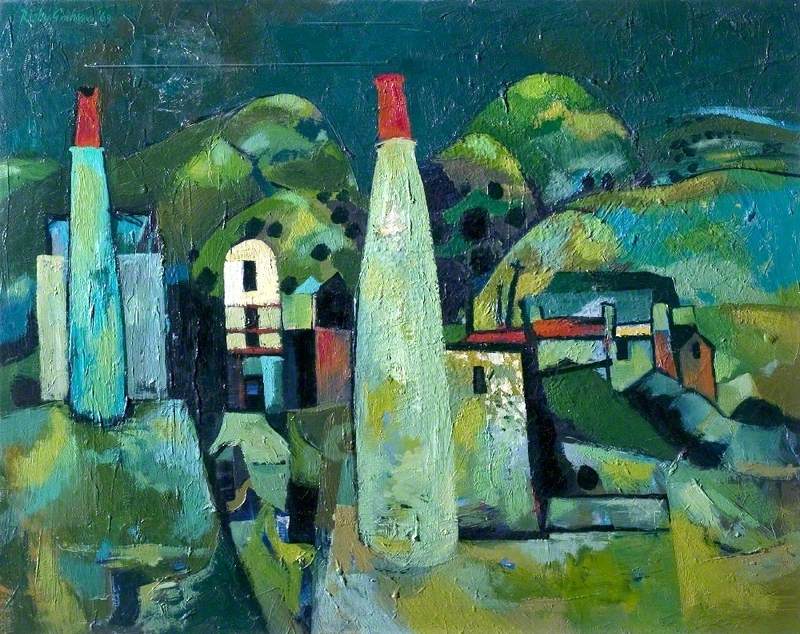 Painter, printmaker, muralist, illustrator, writer and teacher, born in Stretford, Lancashire. In 1943 his family moved to Leicester, where he settled. Studied mural painting at Leicester College of Art, teachers including D P Carrington and Cyril Satorsky. From 1954 taught for two years in local schools before returning to the College, initially in the bookbinding department, which stimulated his interest in the art of the book. Graham went on to illustrate over 300 books and was strongly associated with the private press movement, including the Brewhouse, Cog, New Broom, Pandora and Saint Bernard’s Presses. His most opulent book was Graham’s Leicestershire, 1980. It shows Graham’s interest in urban blight and industry. He was strongly influenced by the Neo-Romantics, although his colour owed much to German Expressionism.