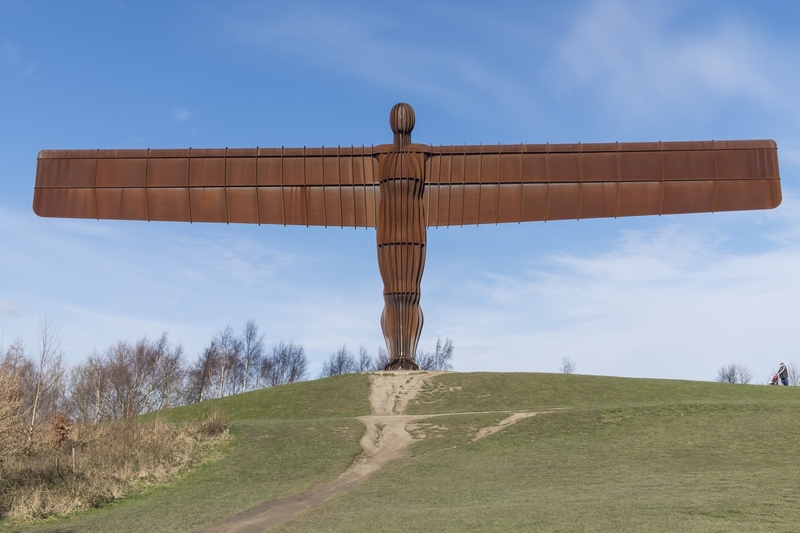 (b London, 30 Aug. 1950). British sculptor. His work has been mainly concerned with the human figure and is often based on moulds from his own body; he says that he attempts ‘to materialize the place at the other side of appearance where we all live’. He won the Turner Prize in 1994 and achieved much wider fame in 1998 when his enormous Angel of the North was erected near Gateshead, overlooking the A1 trunk road, and thereafter quickly became one of Britain's most instantly recognizable sights. Made of steel, it stands 20 m (66 ft) high and has a wingspan of 54 m (177 ft). It was commissioned by Gateshead Metropolitan Borough Council in 1994, and its creation and erection was a complex industrial undertaking. Gormley has produced many other high-profile works, including the 30 m (100 ft) high Quantum Cloud (1999) adjacent to the Millennium Dome in London: ‘Diffuse at the edges, it condenses into a 20-metre high human form at its centre…It represents a shift in my work, from a preoccupation with mass, volume and skin to a concern with air, energy and light.