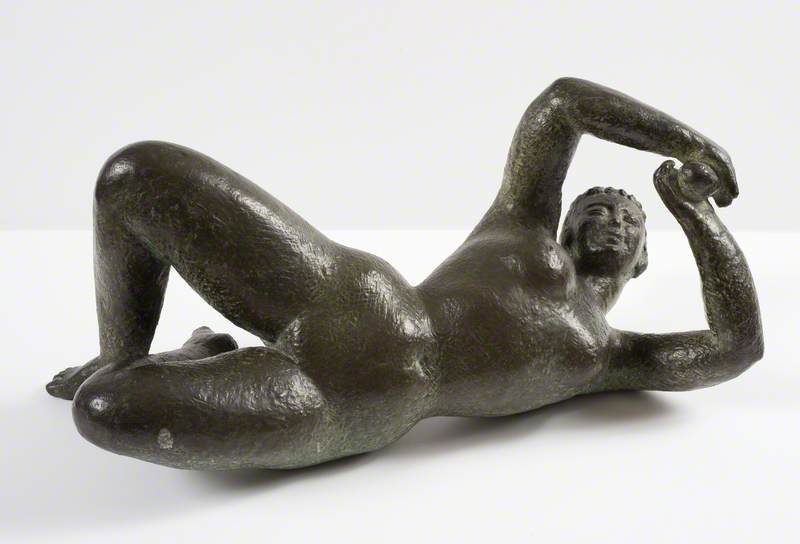 British sculptor, born in Liepaja (also known as Libau) in Latvia. In her lifetime she made a mystery of her origins: it was long believed that she was born in 1906 in St Petersburg. The family moved to Tallinn in Estonia in 1912 and in 1920, as White Russians, they were encouraged to leave. After living in Berlin (1920–4) she moved to Paris, where she studied as a sculptor. In 1930 she moved to Singapore and in 1931 travelled through Malaya, Cambodia, and Thailand. She settled in London in 1935. In the following year, with her second husband, Richard Hare, whom she had first met in 1926 but refused to marry until she had established herself professionally, she moved into a specially designed house called ‘Dorich House’ on Kingston Hill.

Read more
It is now a museum dedicated to her work, and attached to Kingston University. Her work as a sculptor and her wide travels reflected her interests in different ethnic types. As early as 1926 her Head of a Chinaman was used as an illustration in the magazine Le Crapouillot as a refutation of European anxieties about ‘the yellow peril’. In 1928 she showed an exhibition of heads of racial types at the *Leicester Galleries. In 1933 a subsequent exhibition was dominated by Asiatic heads and the sculpture was especially influenced by her experience of Angkor Wat. The art historian Jonathan Black points out that these were ‘non-threatening types’ who were defined by the labels devised by Western anthropologists. Gordine also made full-length figures, telling a journalist in 1930 that she was fascinated by ‘the naturally graceful movements of the Eastern peoples’. In 2005 Anthony *Caro paid tribute to her work, describing it as ‘withheld, slowed down, as is the art of *Maillol’ and that ‘when we place her work against that of the much more successful academic sculptors of the time it is a million miles better’. Further Reading Ben Uri Art Gallery, Embracing the Exotic: Jacob Epstein & Dora Gordine (2006)