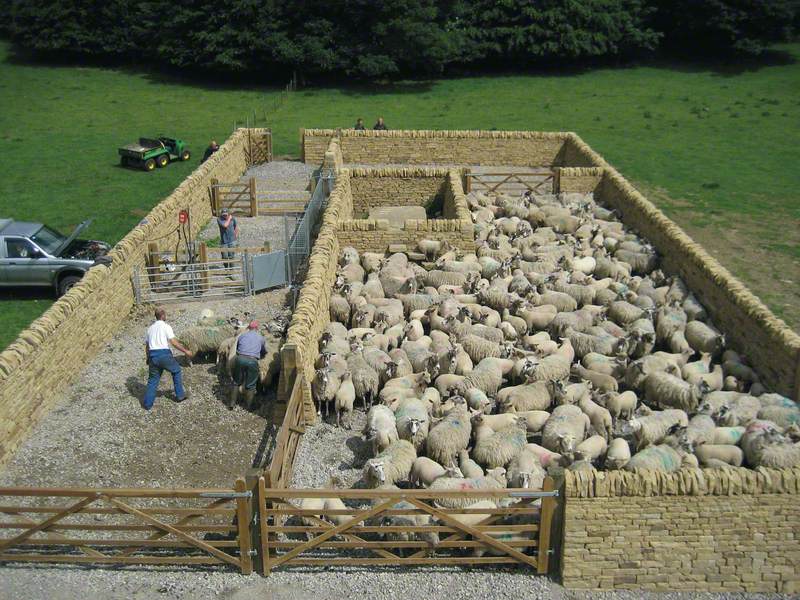 Sculptor, draughtsman, photographer and teacher, born in Cheshire. He attended Bradford Art College in 1975, then Preston Polytechnic, 1975–8. During 1989 he worked at Ellesmere Island, Canada, and at North Pole. Travelling widely to make sculptures in a particular environment was a feature of Goldsworthy’s work. Goldsworthy had a series of one-man shows at Fabian Carlsson Gallery from 1987, later ones including Leeds City Art Gallery, a touring exhibition, Hand to Earth, in 1990; Runnymede Sculpture Farm Project, California, America, 1994; 100 Sheepfolds, part of Cumbria Year of Visual Art, 1996; Barbican Centre, 2000; and Cheltenham Art Gallery and Museum 2003. That show featured 28 photographs by Goldsworthy, a means he used to record ephemeral works.

Read more
Also in 2003 early works by him from the Arts Council collection were shown at The Gallery, Stratford-upon-Avon, and the Royal Mail produced a set of postage stamps featuring his ice sculptures. Organic domes of wood and stone were featured in Andy Goldsworthy on the Roof, Metropolitan Museum of Art, New York, 2004, the year that Passage, a collection of photographs of his work, was published, and he had a show at Albion in 2005. His other commissions included Lambton Earthwork, County Durham, 1988; Black Spring, Royal Botanic Gardens, Adelaide, South Australia, 1992; and Boulder Wall, Bedford Corners, New York, America, 1996. Lived in Dumfriesshire, Scotland.