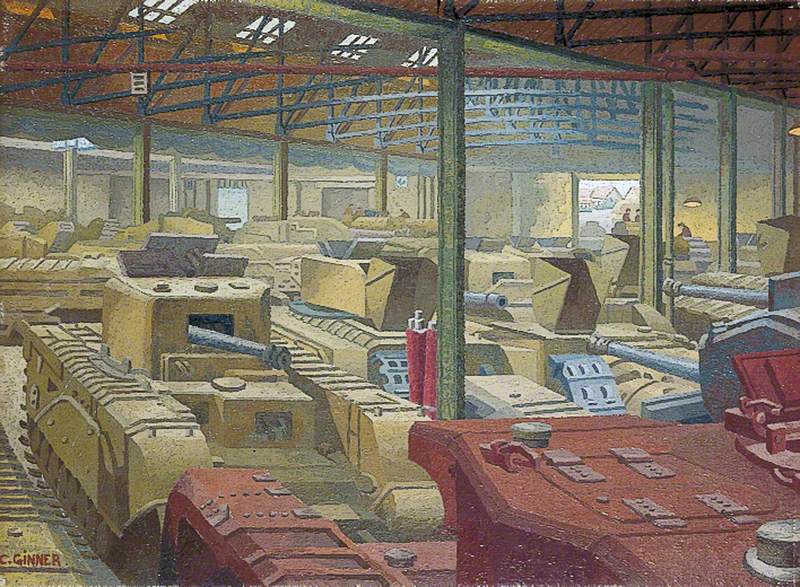 (b Cannes, 4 Mar. 1878; d London, 6 Jan. 1952). British painter. He grew up in France (his father, a doctor, practised there) and settled in London in 1910. He was already a friend of Gilman and Gore and through them he was drawn into Sickert's circle, becoming a founder member of the Camden Town Group in 1911 and the London Group in 1913. His Continental background made him a respected figure among his associates, who were united by an admiration for French painting. Ginner was primarily a townscape and landscape painter and he is known above all for his views of London (often drab areas, although he also depicted the hustle and bustle of places such as Leicester Square and Victoria Station). He painted with thick, regular brushstrokes and firm outlines, creating a heavily textured surface and a feeling of great solidity.

Read more
Once he had established his distinctive style (by about 1911) it changed little and he became one of the main upholders of the Camden Town tradition after the First World War (ironically, unlike other members of the group, he never actually lived in Camden Town). He worked for the Canadian War Records Commission in the First World War and was an Official War Artist in the Second.