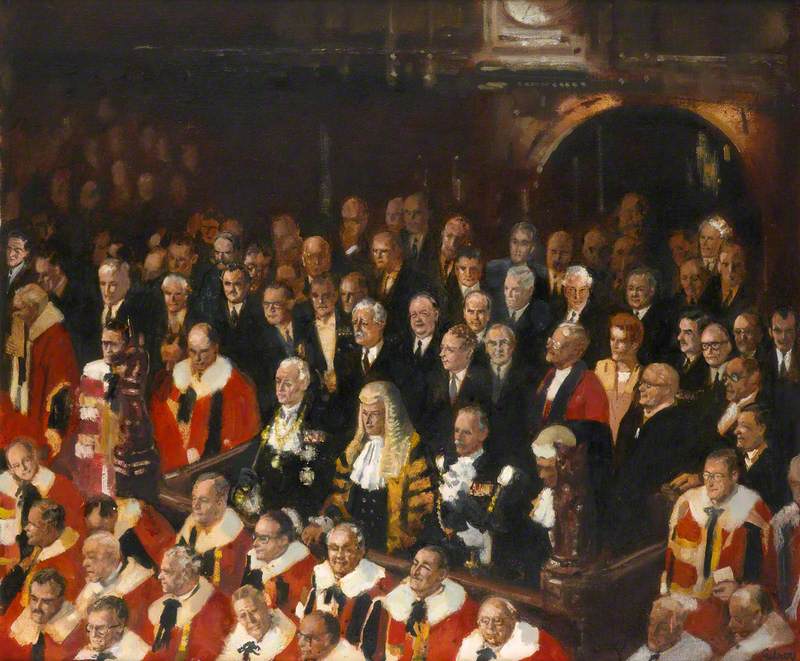 Painter and illustrator, born in Whitley Bay, Newcastle upon Tyne. He studied at Armstrong under R. G. Hatton in his hometown. His father William Gilroy was a marine and landscape painter and technical draughtsman and it was obvious from an early age that his son would follow in his father’s footsteps. In 1912 he enrolled at the Armstrong College Art, Durham University where he studied under Professor K.G. Hatten. World War I interrupted his studies and he served with the Royal Field Artillery in France, Italy and Palestine. In September 1919 he resumed his studies taking a place at the Royal College of Art, London. During his time there he produced illustrations for the college student magazine and in 1920 he attained his Board of Education certificate and the RCA diploma in decorative painting. His work was also rewarded through scholarships and prizes, winning, in 1919, the North Lordbourne prize for composition and in 1921, the college drawing prize and the British Institute Scholarship for decorative painting. In 1922 Gilroy won an RCA travelling scholarship in mural painting having missed the Prix de Rome by only one vote. From 1924–1926 he also taught drawing in the evenings at Camberwell School of Arts & Crafts. By 1925 Gilroy was in the employ of advertising agents S. H. Benson Ltd where his projects included designs for Skipper Sardines, Bovril, Macleans and for Monk & Glass Custard Powder. By now his employers Bensons had won the Guinness contract and in 1930 Gilroy produced his poster for the beer company. This association would last until the 1960s during which time he produced in excess of 50 memorable designs for them, “Guinness is Good for You” being arguably the most famous.

Read more
During the 1920s Gilroy would simultaneously build a reputation as a fine portrait painter and his sitters would include the Prince of Wales, later to be Edward VIII and Duke of Windsor. Other dignitaries included Lord Mountbatten, Lord Hailsham, Edward Heath and Field Marshal Earl Alexander of Tunis, now in the NPG, and Winston Churchill and Pope John XXIII. During WWII, he created many of the well-remembered posters which directed the nation to be discrete by reminding them to “Keep It Under Your Hat” and “Careless Talk Costs Lives”. A retrospective of his work was held at the Upper Grosvenor Galleries in 1970 and he was appointed a Freeman of the City of London in 1981. A sale of his works was held at Christie's, South Kensington in 1986. He exhibited at the RA, ROI, RBA, NEAC, and Upper Grosvenor Galleries and examples of work are in the GAC, Hertfordshire County Council, Hull University Art Collection and the Tate Gallery poster museums in the UK and abroad.