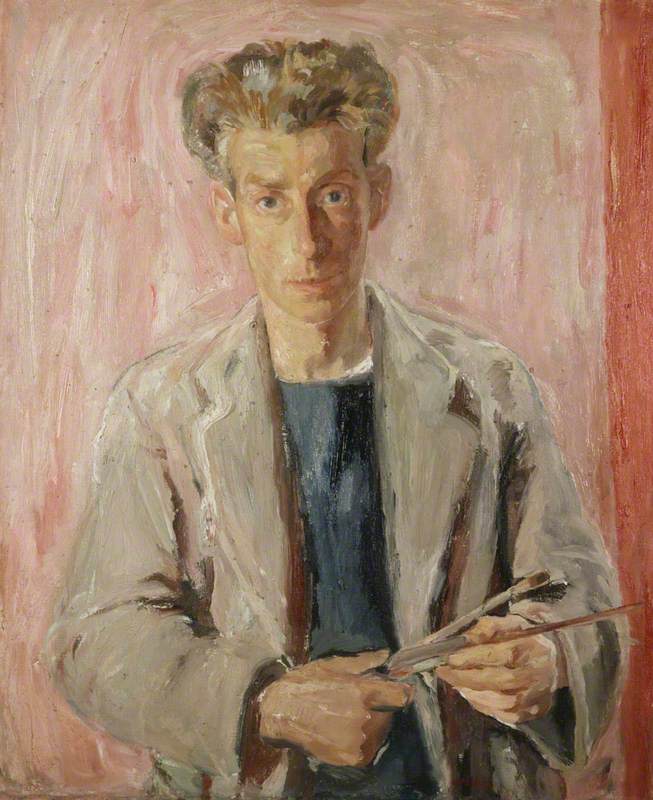 Scottish painter and art teacher. For most of his life he was associated with Edinburgh College of Art. He graduated there in 1924, and after two years studying with *Lhote in Paris, he returned as a teacher; he stayed until his retirement in 1966, serving as head of painting, 1946–60, and principal, 1960–6. His favourite subject was landscape, especially views in and around his home at Temple, a village about ten miles south of Edinburgh, where he settled in 1939: ‘On coming to Temple I began to cope with my new material by relying on simple planning and tonal relationships as subtle and evocative as I could make them.’ His work, which also includes still-lifes influenced by *Matisse, is indeed intimate, poetic, and completely unpretentious, and it has won him a position of affection as one of the most popular Scottish painters of recent times.

Read more
Gillies was knighted in 1970 and in that year the Scottish Arts Council mounted a large retrospective of his work.