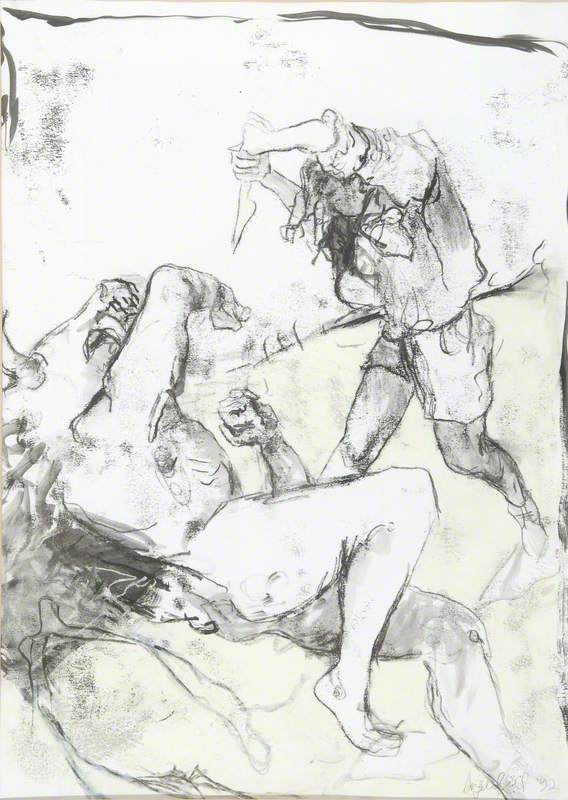 Jerwood Collection
Painter, born in Middlesex, who studied at Harrow School of Art, 1983–4, Portsmouth Polytechnic, 1984–7, and Royal College of Art, 1991–3. Her exhibitions included A Place For Art at Brighton Polytechnic, 1989; BT New Contemporaries, 1992; Paton Gallery, 1993; and in 1993–4 her powerful Heavy and Clenched was included in John Moores Liverpool Exhibition. Later group shows included An American Passion, The Susan Kasen Summer and Robert D Summer Collection of Contemporary British Art, Royal College of Art and tour, 1995; New Arts Gallery, Bantam, Connecticut, America, 2000; and Body Human, Nohra Haime Gallery, New York, 2005. Nohra Haime gave Gill solo exhibitions in 2004 and 2005. Gill won a string of awards and had work in a number of public and corporate collections in Britain and America, including Department of Education and Madame Tussaud’s and The Hit Factory and Dimensional Media Associates, both in New York.