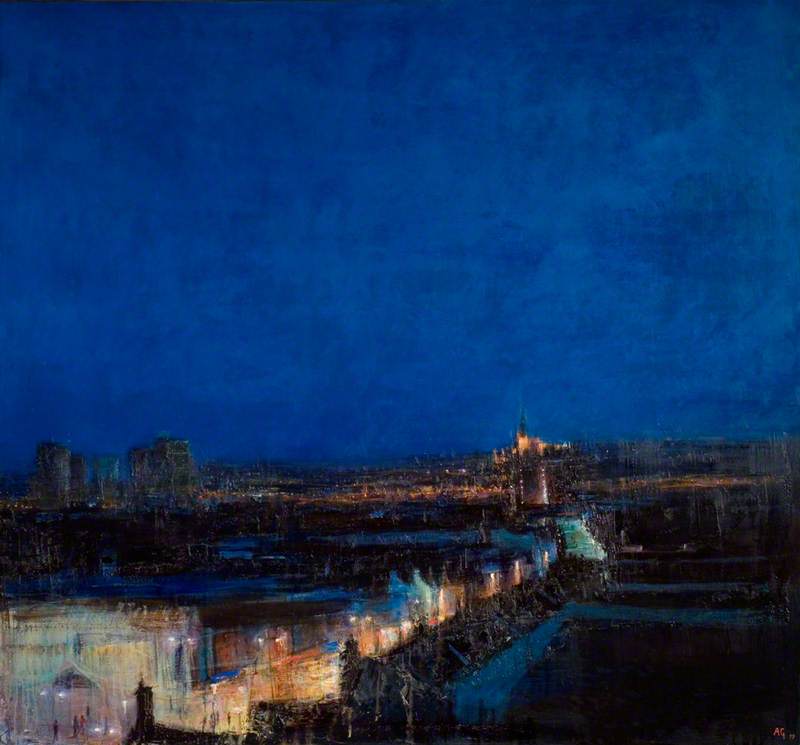 The New Art Gallery Walsall
Painter and lecturer whose work was mainly concerned with the transient effect of weather on landscape. Gifford studied fine art at University of Newcastle and by the time he had graduated with first-class honours, 1990–4, had held a solo show at Middlesbrough Art Gallery, 1993. Lectured part-time at University of Teesside, 1995, and Universities of Newcastle and Aberdeen, 1996–7. He was included in a three-man exhibition at John Martin of London, 1996, and in group shows at SSA and Fruitmarket Gallery, Edinburgh, with solo shows at John Martin, 1999 and 2003, another at Middlesbrough, 2000.