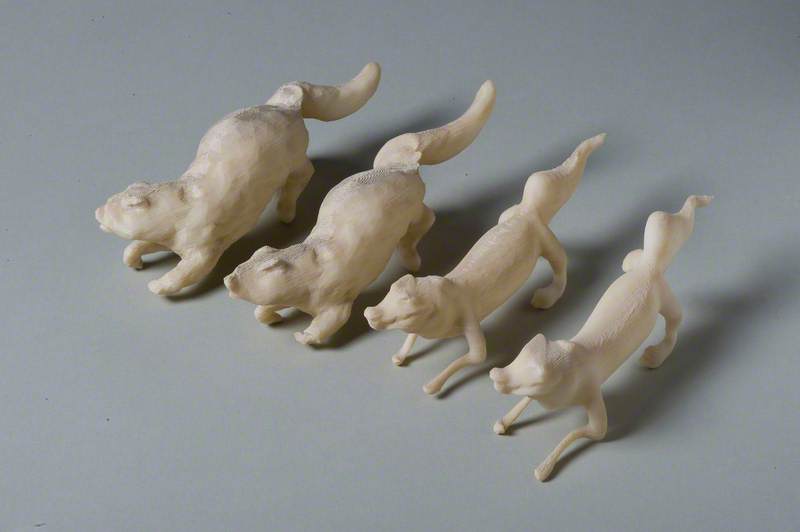 American-born sculptor and draughtsman, producing enigmatic, abstract sculptures in a wide range of materials. He studied at Pennsylvania State University, 1966–8; graduated in philosophy at San Francisco State College, 1968–70; attended City and Guilds of London Art School, 1971–2; Central School of Art and Design, 1972–4; and Royal College of Art, 1975–6. Among awards received were those from the Arts Council, 1977; Eastern Arts Association, 1987; and he was Henry Moore Fellow in Sculpture at Central St Martins College, 1992–4, working in its foundry.

Read more
Gernand showed in Britain from the early 1980s; had an exhibition in Coopers & Lybrand’s Atrium Gallery, 1994; was included in the Osaka Triennale of Sculpture, 1995, in Japan; in 1996–7 had work in the Sculpture at Goodwood display; solo show at Karen Hamilton, 2000.