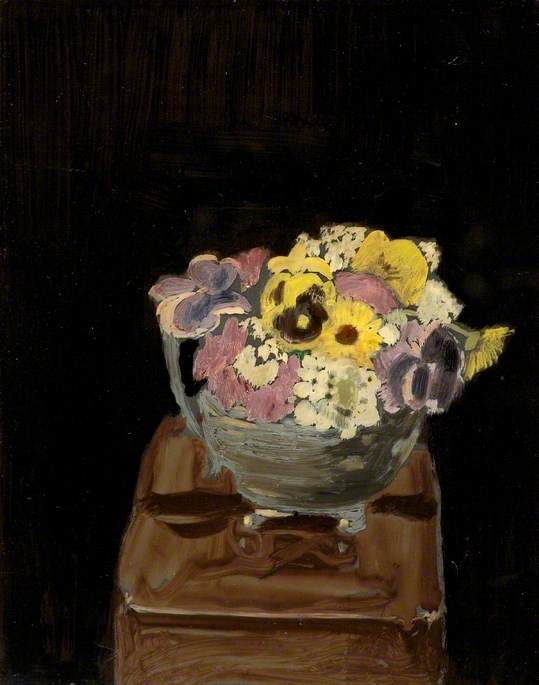 A Bowl of Flowers

The Wilson
Painter, notably in tempera, born in Leamington Spa, Warwickshire. She was the sister of the artist Charles March Gere, studied under him from 1897 at Birmingham School of Art and like him was an original member of the Birmingham Group of Painters and Craftsmen. The copying of Piero della Francesca in tempera in Florence in 1901 had a marked effect on her work, and she further studied at Slade School of Fine Art, 1905. Showed with and was a member of NEAC and RBSA and had first exhibition with her brother at Carfax Gallery, 1912. Represented in The Earthly Paradise exhibition at Fine Art Society, 1969. Cheltenham Art Gallery devoted a show to her in 1984. Tate Gallery holds her picture Noah’s Ark. She and her sister Edith, who married the artist Henry Payne, were known as “the masterful Miss Geres”.