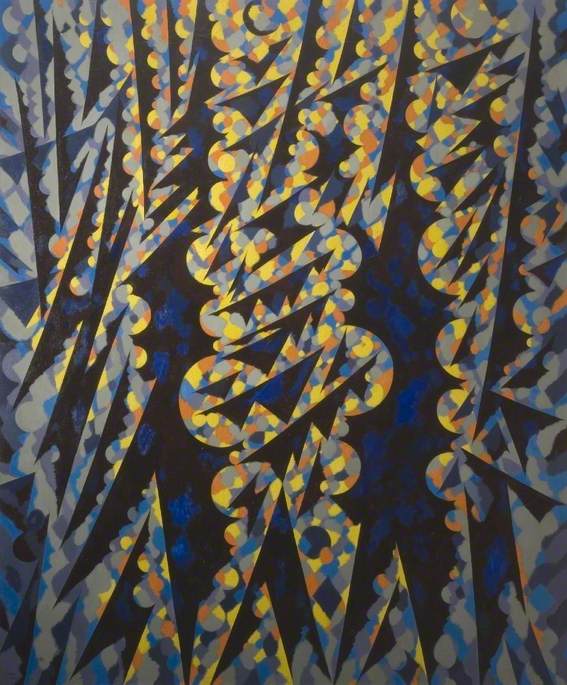 British painter, teacher, and administrator, born at Methil, Fife. He spent several years of his career on the Continent and was one of the most international in spirit among British artists of his generation and one of the relatively few to make a reputation outside Britain. After studying painting at Edinburgh College of Art, 1932–36, and history of art at Edinburgh University, 1936–7, he spent a year in Europe on a travelling scholarship, working under *Léger in Paris for several months. During the Second World War he served in the Royal Signal Corps in Europe and the Middle East, but he found time to paint and in 1944 he had one-man shows in Florence and Siena. In 1946–7 he worked in Germany for the commission dealing with the country's monuments and art in the wake of the war, and from 1947 to 1950 he lived in Paris, where he became a member of the *Cobra group in 1948.

Read more
His work at this time was in the mainstream of the *École de Paris—abstract but based on nature (he once described his paintings as ‘statements of kinship with the natural world’): typically he used rich colours within a framework of strong black lines, in a manner suggesting stained glass. Like his friend and fellow Scot Alan *Davie, he was also aware of the work of the American *Abstract Expressionists: he exhibited alongside Jackson *Pollock at the Betty *Parsons Gallery in 1949. The degree of the American influence was, however, a sore point with Gear, who preferred to point to innovations in Europe as a source for his work. In 1950 he settled in England and the following year he was one of five painters who was awarded an Arts Council Purchase Prize at the *Festival of Britain; the decision caused protest from the press and public, for Gear's picture (Autumn Landscape, 1950, Laing Art Gallery, Newcastle upon Tyne) was the only abstract work among the five chosen and abstract art was at this time still generally regarded with deep suspicion in Britain. From 1958 to 1964 Gear was curator of the Towner Art Gallery, Eastbourne, where his policy of purchasing contemporary art was highly controversial, and from 1964 to 1975 he was head of the department of fine art at Birmingham College of Art (later Polytechnic). In England, Gear's style became more delicate, as his characteristic grid dissolved and colours flowed into one another. Further Reading T. Sidey, obituary, The Independent (10 March 1997)