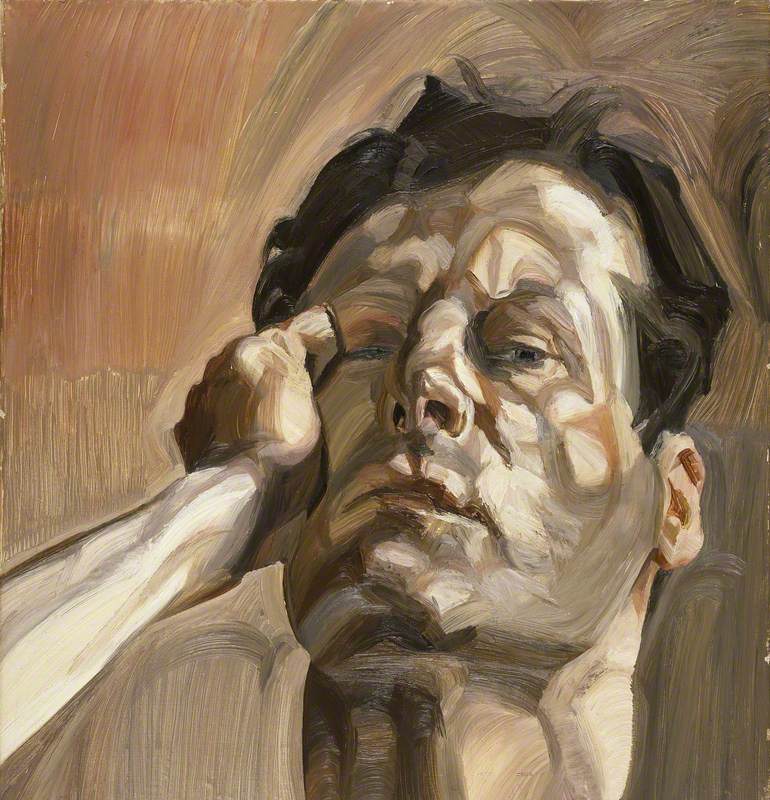 The Whitworth, The University of Manchester

Lucien Freud (b Berlin, 8 Dec. 1922; d London, 21 July 2011). German-born British painter, draughtsman, and etcher, a grandson of Sigmund Freud. He moved to England with his parents in 1933, and acquired British nationality in 1939. His earliest love was drawing, and he began to work full time as an artist after being invalided out of the Merchant Navy in 1942. In 1951 his Interior at Paddington (Walker AG, Liverpool) won a prize at the Festival of Britain, and after this he built up a formidable reputation as one of the most powerful contemporary figurative painters. Portraits and nudes are his specialities, often observed in arresting close-up. He preferred to paint people he knew well: ‘If you don't know them, it can only be like a travel book.

Read more
’ His early work was meticulously detailed, so he has sometimes been described as a Realist (or rather absurdly as a Superrealist), but the subjectivity and intensity of his work has always set him apart from the sober tradition characteristic of most British figurative art since the Second World War. In his later work (from the late 1950s) his handling became much broader. He was also an outstanding etcher. In 1993 Peter Blake wrote that since the death of Francis Bacon the previous year, Freud was ‘certainly the best living British painter’ and by this time he was also well known abroad. His fame has been won in spite of an aversion to self-publicity.