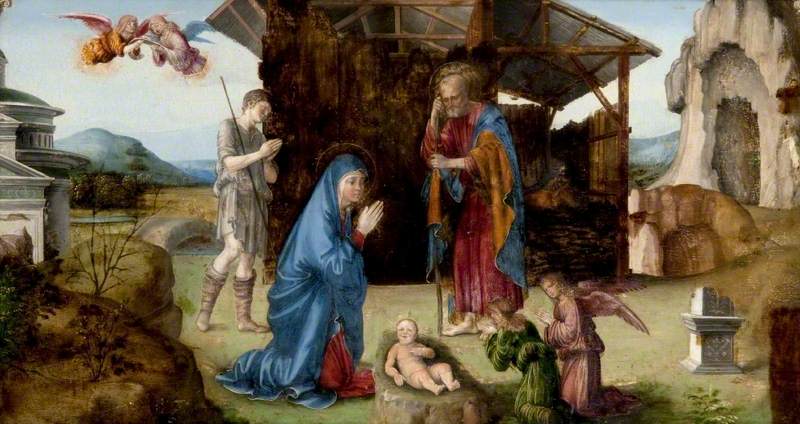 Glasgow Life Museums
(b Bologna, c.1450; d Bologna, 5 Jan. 1517 or 1518). The outstanding Bolognese painter of his period. He originally trained as a goldsmith and had several other skills, being recorded as a sculptor, illuminator, and engraver of nielli. However, from about 1485 he worked mainly as a painter, principally of altarpieces for churches in Bologna and neighbouring towns and of small devotional works; he was also an accomplished portraitist. His softly rounded style was strongly influenced by Perugino. According to Vasari, Francia died of ‘grief’ after seeing Raphael's St Cecilia (c.1515, Pinacoteca Nazionale, Bologna), which made his own paintings look hopelessly old-fashioned. There are several examples of his work in the National Gallery, London.