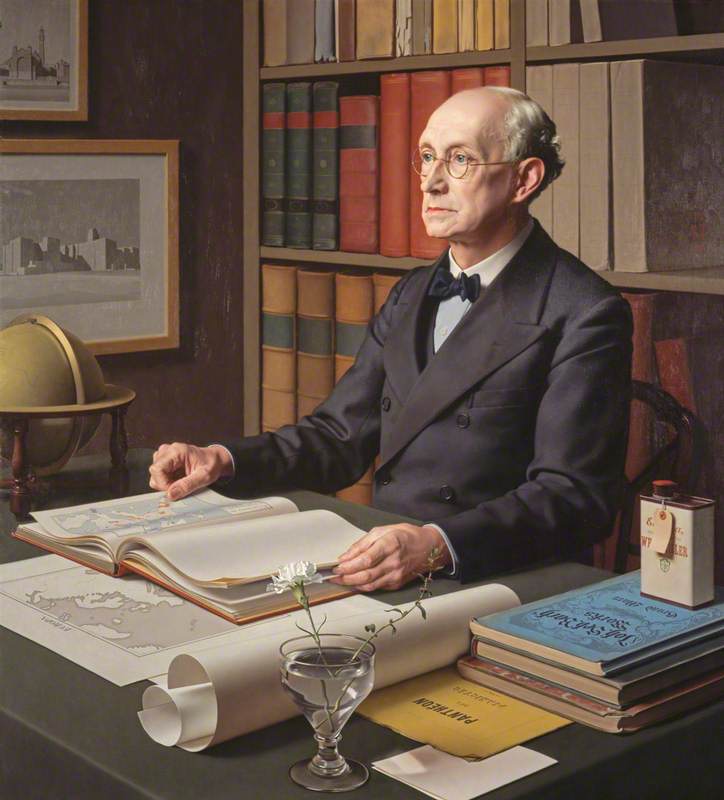 Painter and etcher, born in London, full name George Vernon Meredith Frampton. He was the son of Sir George Frampton, sculptor of Peter Pan, his mother being the artist Christabel Cockerell. Meredith Frampton attended Westminster School, had additional art tuition, then after some months in Geneva learning French enrolled at St John’s Wood Art School. From 1912–15 and in later years during some evenings he studied at Royal Academy Schools, winning a first prize and a silver medal. After World War I Army service Frampton began his professional career. He was already a member of the Art Workers’ Guild. From 1920–45 he showed at RA, being elected RA in 1942 but retiring in 1953. By the end of World War II he had found that his eyesight was insufficient for the type of detailed work he did.

Read more
Frampton was a slow worker, producing meticulous portraits of singular realism which nevertheless often give a sense of unease, of the slightly sinister. After years of obscurity a retrospective at the Tate Gallery in 1982 revived his reputation. His subjects included King George VI, Sir Johnston Forbes-Robertson the actor and the architect Sir Edwin Lutyens. Tate Gallery and Imperial War Museum hold his work. Died in Wiltshire.