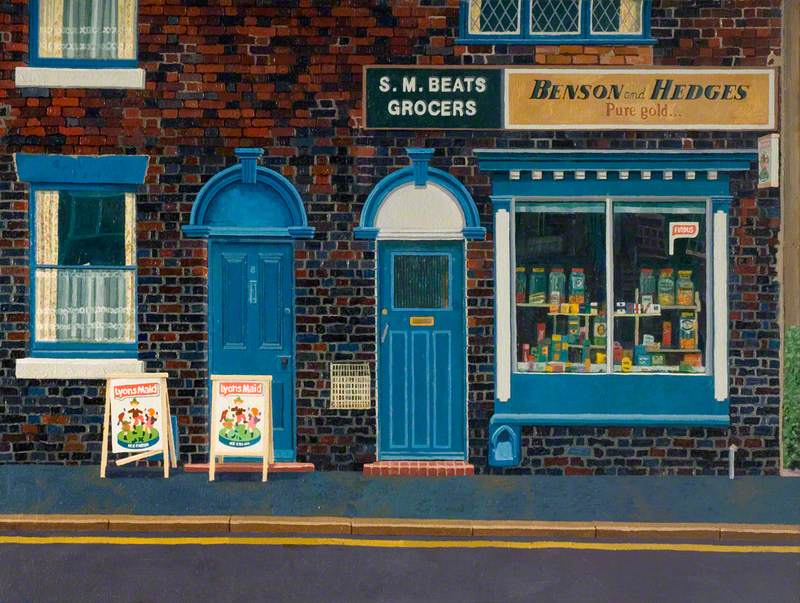 The Potteries Museum & Art Gallery
Painter and teacher, born in Stoke-on-Trent, Staffordshire, who depicted urban landscapes, which included London’s East End where she lived, and latterly views of southern France eastern Europe. Did a foundation course at Newcastle School of Art, 1972–3, then gained distinctions at Croydon College of Art and Design, 1973–6. From 1982 was a visiting lecturer at Croydon College and elsewhere in London. Later awards included a prize in the Art of Housing Competition, 1997–8. She took part in extensive group shows. Exhibited solo at City Museum & Art Gallery, Stoke, 1980, later ones including Wigmore Hall and Ogilvy & Estill, Conway, both 1999. Public galleries in Stoke and Newcastle, Foreign Office, Corporation of London and several London boroughs hold examples.