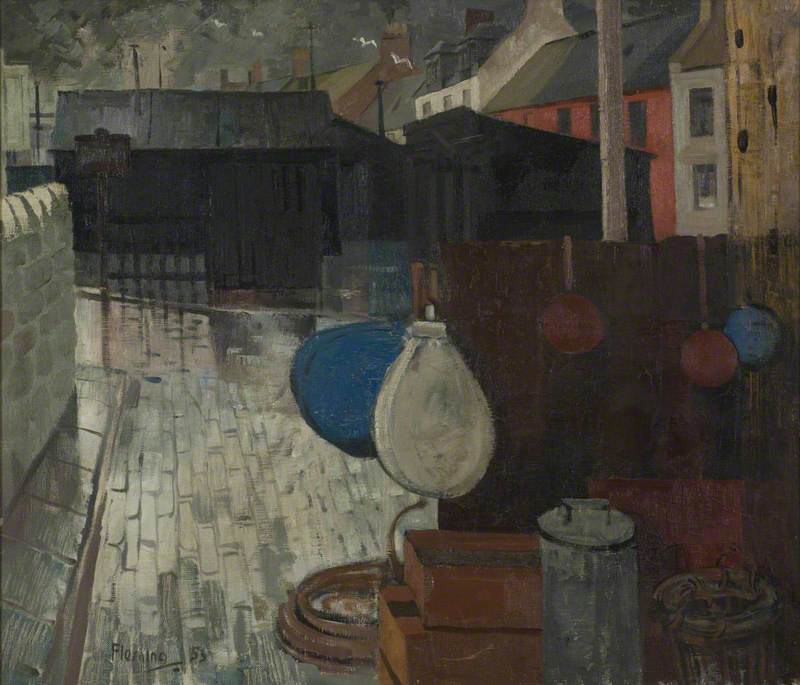 Painter, printmaker and teacher, born in Glasgow where he attended the School of Art, 1924–9. Chika Macnab and Charles Murray were his initial printmaking teachers, then he worked with Robert Sargent Austin and Malcolm Osborne for several months of a travelling scholarship at Royal College of Art, additional studies being made in France and Spain. Fleming taught at Glasgow School of Art, 1931–48, at Hospitalfield from 1948–54, then he was principal of Gray’s School of Art, Aberdeen, 1954–72, where he developed printmaking. Fleming was elected RSA in 1956. Having been a permanent member of the council of the Society of Artist Printmakers, he was in 1974 appointed chairman of Peacock Printmakers. Fleming scored an early success in 1931 when he engraved Gethsemane, bought by the French government and also in the collection of Scottish National Gallery of Modern Art.

Read more
His later work was notable for experiment both in printmaking and in watercolour. Glasgow School of Art holds Fleming’s fine picture The Painters Robert Colquhoun and Robert MacBryde, who were his pupils. Died in Aberdeen.