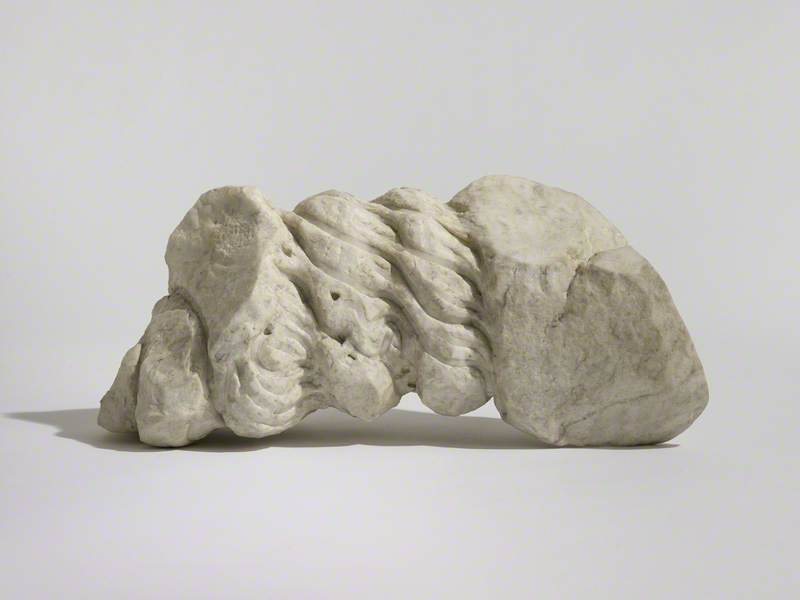 Sculptor in a variety of materials, draughtsman, film and furniture maker and teacher, born in Prestatyn, Flintshire. He studied at St Martin’s School of Art, 1964–6, receiving the ICA Dover Street Materials Award in 1965. In 1972 he won the Gulbenkian Foundation Grant to work with the dance company Strider, three years later gaining an Arts Council Award, which allowed him to undertake kiln work. Flanagan’s teaching included St Martin’s School of Art, 1967–71, with further sessions at Newport School of Art and Omaha Municipal University, Nebraska. After a first solo show at Rowan Gallery in 1966, Flanagan showed there many times, and also exhibited solo at Hester van Royen Gallery and Waddington Galleries as well as widely overseas.

Read more
In 1978 had one-man show at Serpentine Gallery, later ones including Tate Liverpool, 2000. Among his commissions were Peter Stuyvesant Sculpture Project, Cambridge, 1972, and City Square, Ghent, 1980. Exhibition at Yorkshire Sculpture Park, 1992. Arts Council holds a wide selection of Flanagan’s work. He was elected RA in 1991.