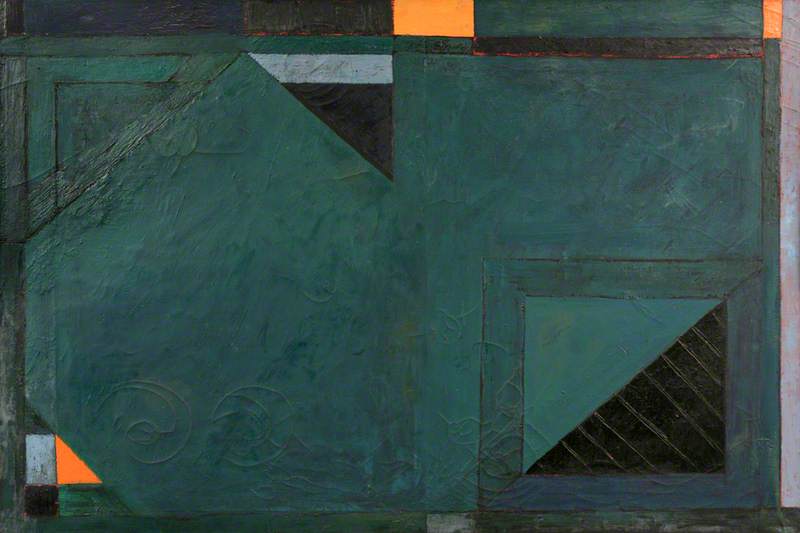 Cornwall Council
Painter, sculptor, administrator and teacher, who grew up near Brooklands, Surrey. His father was an architect. After serving in World War II in the Royal Air Force, training as a pilot in Canada, Finn taught in Somerset, then became head of Falmouth School of Art, 1958–72, and Bath Academy of Art, Corsham, 1972–82, starting to paint full time in the latter year. Earthy, luminous colours were a characteristic of his work, which was shown in Artists from Cornwall, RWA, 1992. He also took part in mixed shows at Newlyn Orion Gallery, Penzance, at the Wolf at the Door gallery there and at Penwith Society of Arts. Solo shows were held at Festival Gallery, Bath, 1978; Newlyn Orion, 1989; and Newlyn and Falmouth Art Galleries, both 2001. Lived in St Just, Cornwall.