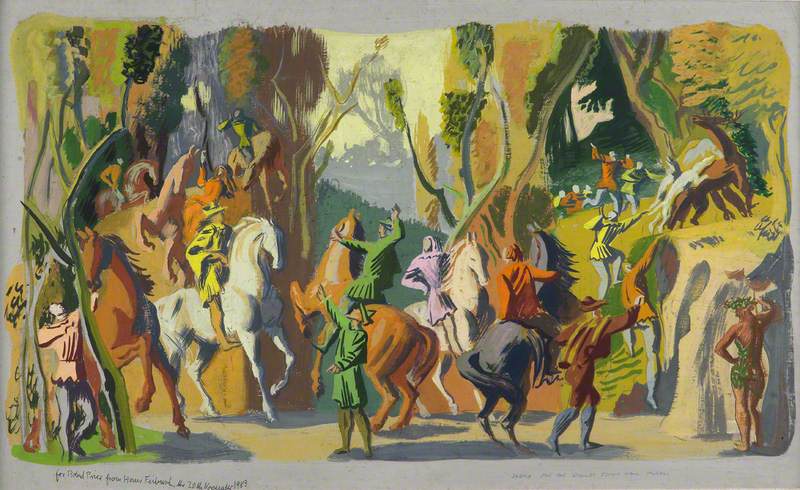 German-born painter, sculptor, and lithographer who settled in England in 1933 to escape the Nazi regime. He was Britain's most prolific specialist in mural painting in churches, typically working in a rather mannered swirling figure style. Examples are in Chichester Cathedral and many parish churches in the south of England, and some are illustrated in his book Mural Painting, published in 1946. Feibusch also painted secular murals, including a series (1961–4) in Newport Civic Centre, of which John Newman writes: ‘As a scheme of municipal decoration, it is perhaps unsurpassed in twentieth century Britain’ (The Buildings of Wales: Gwent/Monmouthshire, 2000). In the 1970s Feibusch concentrated on landscapes and in 1975 he took up sculpture; he did many portraits and also figures such as the fibreglass statue of John the Baptist (1979) outside St John's Wood Church, London.

Read more
He died a month before his 100th birthday.