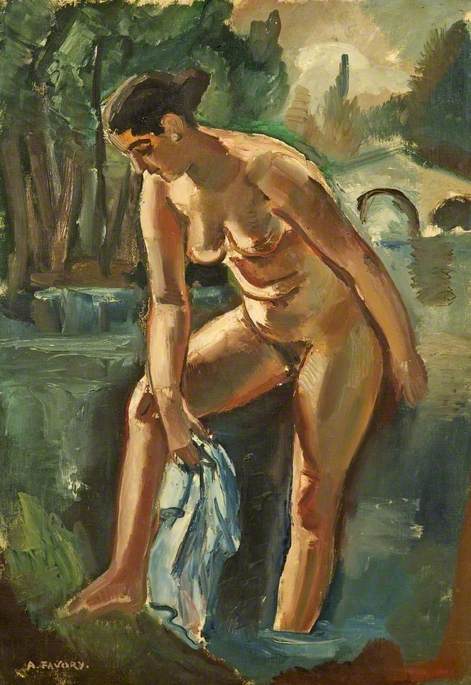 Nude Bathing in a River

French painter, born and active in Paris. Although virtually forgotten today, Favory was in his day much admired by critics, including Louis *Vauxcelles, as a painter who had found a way out of *Cubism while being strengthened by it. In practice this meant a compromise between Cubist angularity and a certain sensuality in the treatment of the nude. The latter element subsequently dominated, as Favory absorbed the influence of *Renoir and of Rubens (whose paintings he saw on a trip to Belgium in 1922).

Read more
Self-Portrait with Blond Woman (1924, Pompidou Centre, Paris) leaves little doubt as to the painter's own preferences, the two figures being seen from behind to emphasize the artist's caressing of the female form. His final years were blighted by a crippling illness which prevented him from painting.