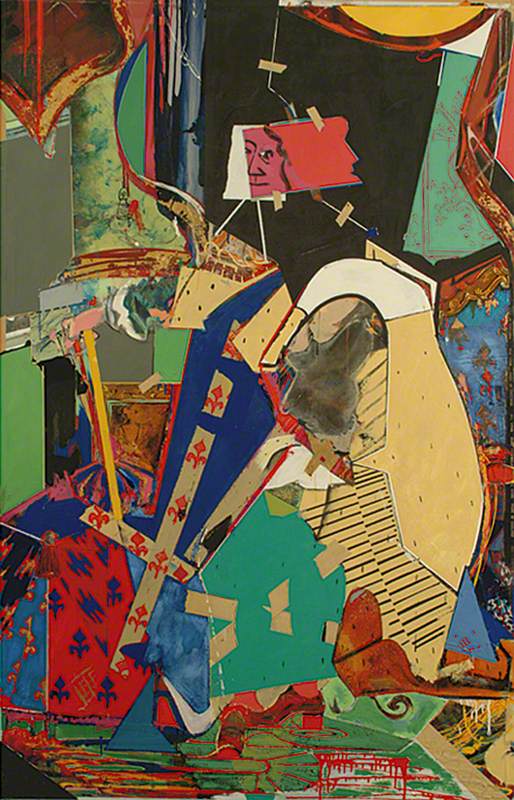 Painter, printmaker and teacher, born in London. He attended St Martin’s School of Art, 1968–73; Royal College of Art, 1973–6; was an Abbey Major Scholar at British School, Rome, 1976–7; lectured in painting at Canterbury College of Art, 1977–9; taught painting at the Royal College, 1980–5; was head of department of fine art, West Surrey College of Art & Design, Farnham, 1985–89; was artist-in-residence at the Hayward Gallery, 1989; then in 1990 was elected Ruskin Master at Ruskin School of Fine Art & Drawing and professorial fellow of St Edmund’s Hall, Oxford. Farthing’s early work showed some reference to Pop Art, drawing on diverse images. He was a figurative painter who responded in different ways to the environment in which he was placed, his work sometimes having a sinister edge.

Read more
Took part in numerous group shows, including New Contemporaries, 1975; John Moores Liverpool Exhibition from 1976 at Walker Art Gallery, Liverpool, being several times a prize winner; New Art Centre, 1979; Edward Totah Gallery, from 1985; Heritage Exhibition at Cornerhouse Gallery, and tour, 1990; 20th Century Drawings, Ashmolean Museum, Oxford, 1994; and Collecting the Contemporary, University of Essex, 1995. Had a solo show at Royal College of Art, 1977, later ones including Tales of Topophilia, at Coram Gallery, 1994, resulting from a series of visits overseas as guest of the British Council; The Knowledge: SE1/South, at The Cut Gallery, 1995 (the previous year it had held SE1/North); and Absolute Monarchy, Anne Berthoud, 1996. Ashmolean Museum, Arts Council, British Council, National Museum of Wales in Cardiff and many other public collections hold examples. Elected RA, 1998. Prize winner, John Moores Liverpool Exhibition, 1999. Farthing’s Trees in Snow series was at The Drawing Gallery in 2005. Lived in Oxford.