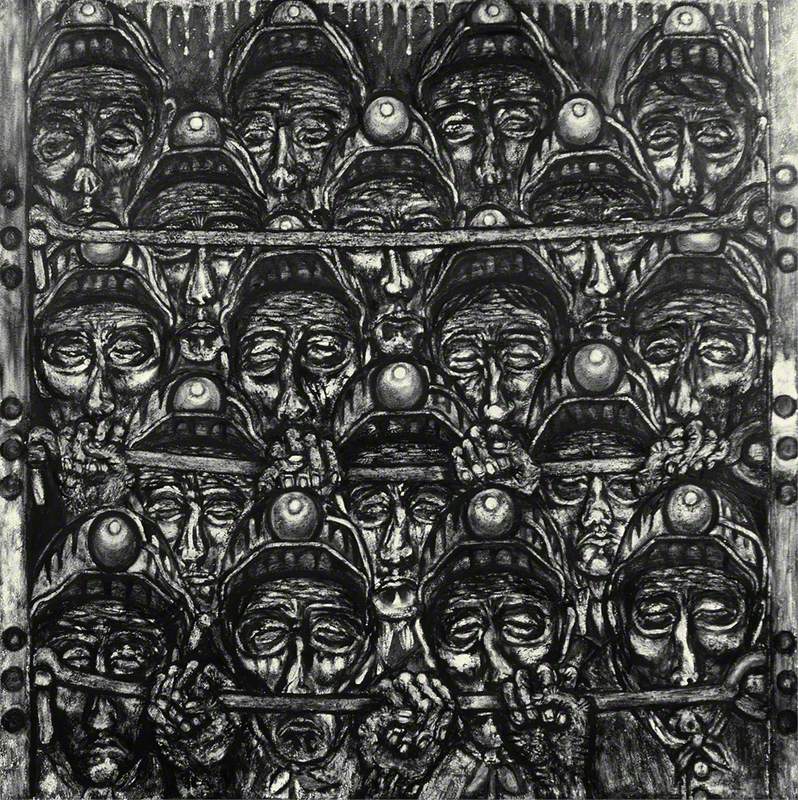 Painter, sculptor and teacher, born and lived in Aberdare, Mid Glamorgan, sometimes exhibited as Nicholas Evans. Evans was self-taught as an artist and began painting at the age of 70, using his fingers and rags. His father was a miner and mining was a leading feature of his work, along with the Jewish Holocaust, of which he produced a record. Evans’ grim, large monochrome pictures of mining life in the 1920s and 1930s were featured in a solo show at St David’s Hall, Cardiff, in 1993. Evans was a Christian and Pentecostal lay preacher. He was aware of the link between scripture and the colliery, “the horrible pit”, as in his work included in Miner-Artists: The Art of Welsh Coal Workers, at National Museum and Art Gallery, Cardiff, 2000.

Read more
His Oils: Nicholas Evans, paintings using finger and rag technique, was held at the Heritage Park, Rhondda, 2001. He was elected RCamA in 1981, also showing with RA, Turner Gallery in Penarth, Browse & Darby, RWA, Swansea University and abroad, winning many prizes. Tate Gallery, National Museum in Cardiff, Arts Council and WAC hold his work. Evans published a book on his work, Symphonies in Black, in 1987.