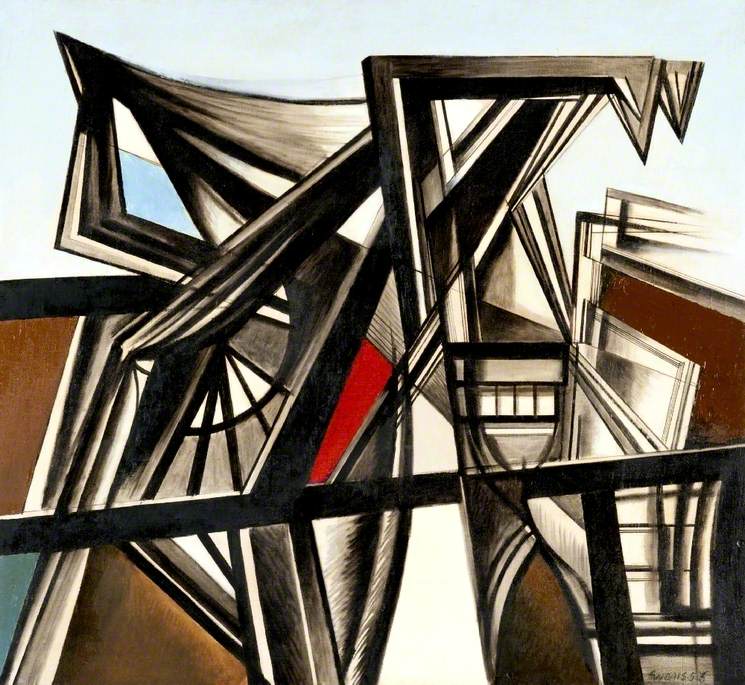 British painter, printmaker, and sculptor. He was born in Cardiff and grew up in Glasgow, where he studied at the School of Art from 1927 to 1930. During this period he was already working as an abstract artist. A travelling scholarship then took him to France, Germany, Denmark, and Sweden, after which he continued his studies at the *Royal College of Art in London and from 1934 to 1936 in Paris, where he worked in *Hayter's printmaking studio and met many leading artists, including *Kandinsky and *Mondrian. His work at this time was influenced by both *Cubism and *Surrealism, although the most important models were Wyndham *Lewis and the now almost forgotten *Vorticist sculptor Lawrence Atkinson (1873–1931). He took part in the International Surrealist Exhibition in London in 1936, showing The Conquest of Time (1934, Tate), not in fact an especially Surreal work, inspired by the image of a kingfisher ‘still beside the moving river’.

Read more
From 1938 to 1942 he lived in South Africa, teaching at the Natal Technical College in Durban. The influence of the grotesquerie of Lewis was clearest in a series of paintings from these years which address the themes of war and economic deprivation. The best‐known is The Chess Players (1940), a comment on the Hitler–Stalin non‐aggression pact. Evans did not hold the right‐wing political views of Lewis, but they did share something of a common outlook in their pessimistic view of human nature. In 1944 Evans noted that ‘Now we have no trouble in agreeing that humanity is very wicked indeed’ and agreed with Lewis's friend T. E. *Hulme that we should ‘attack the great unconscious…assumptions such as the desirabilty of progress per se; the Hedonist‐Humanist concept (in a time of unparalleled misery) that the end of human life is happiness for the many.’ From 1942 to 1945 he served with the army in North Africa and Italy. After the war he settled in London, where he had his first substantial one‐man exhibition at the *Leicester Galleries in 1949. From the 1950s his paintings tended to grow larger and more abstract. He occasionally made sculpture and was regarded as one of the leading British printmakers of his day; some of his prints were in mezzotint, a technique he helped to revive. He also worked frequently in egg tempera. This was probably inspired by the painters of the Italian Renaissance; he once made a copy of a Madonna and Child by Crivelli, and it suited his hard‐edged style. From 1965 until his death, Evans taught painting at the Royal College of Art. Further Reading Tate Gallery, The Political Paintings of Merlyn Evans (1985) Victoria and Albert Museum, The Prints of Merlyn Evans (1972)