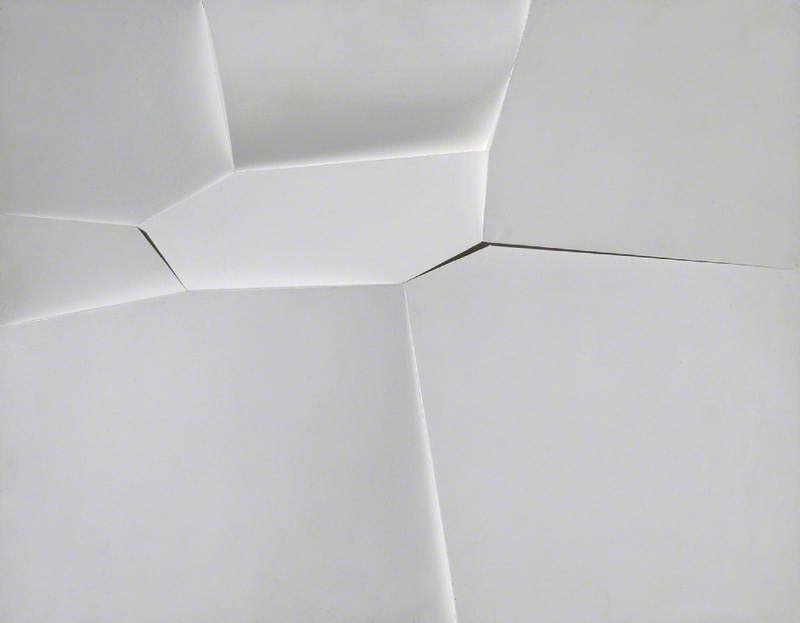 Sculptor, draughtsman and teacher, born in Cheadle, Cheshire. From 1955–7 studied at Manchester School of Art, 1949–57, then at Slade School of Fine Art, 1957–60. Evans showed at John Moores Exhibition, Liverpool, in the 1960s, and had his first solo exhibition at Rowan Gallery in 1962, the first of many there. In 1964 he gained a Gulbenkian Purchase Award, in 1966 an Arts Council Sabbatical Award. In 1966 Evans began teaching at St Martin’s School of Art, gained a British Steel Corporation Fellowship in 1969 and the year following became a visiting lecturer at Slade School of Fine Art. Other teaching posts were at Royal College of Art, Camberwell School of Arts and Crafts and Minneapolis College of Art and Design. Further selected awards included: Arts Council Major Award, 1975; British Council Exhibitions Abroad Grant, 1979; John Simon Guggenheim Memorial Foundation Fellowship, 1986; Pollock-Krasner Foundation Award, 1996; and Artists Fellowship Award, 1999.