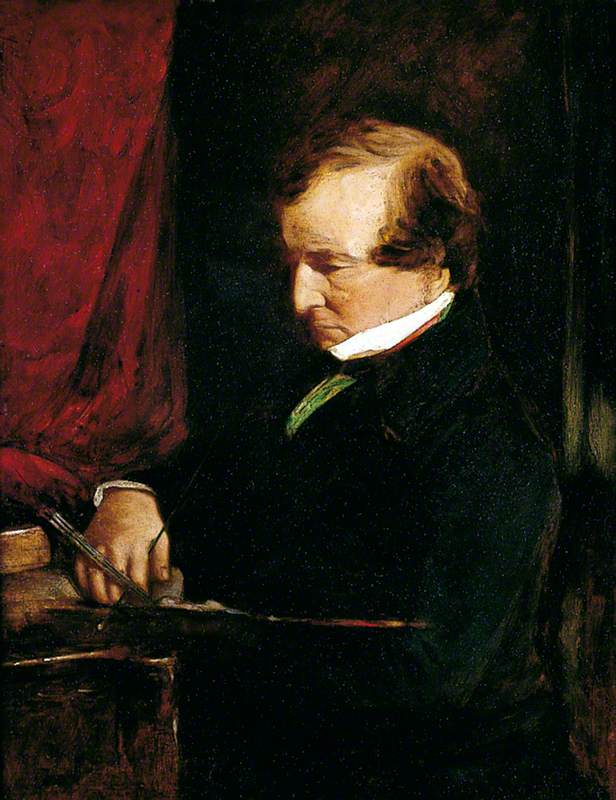 (Born York, 10 March 1787; died York, 13 November 1849). English painter, one of the few British artists to specialize almost exclusively in the nude. He spent most of his career in London, where he trained at the Royal Academy Schools and then (1807–8) with Lawrence, who had a great influence on him; this was later modified by the impact of Venetian art, which he admired on a lengthy tour of France and Italy in 1822–4. Etty's paintings are often of mythological or historical subjects, sometimes on an ambitious scale, but he also made life studies in the RA Schools throughout his career, and these are now probably his most admired works. He was often attacked for the alleged indecency of his work, The Times considering it ‘entirely too luscious for the public eye’.

Read more
However, by the time of his death he was wealthy and respected. He summed up his attitude to his favourite subject thus: ‘Finding God's most glorious work to be Woman, that all human beauty had been concentrated in her, I dedicated myself to painting—not the Draper's or Milliner's work—but God's most glorious work, more finely than ever had been done.’ His draughtsmanship is often criticized, but it is generally agreed that he attained a glowing voluptuousness in the painting of flesh that few British artists have ever approached. The best collection of Etty's work is in York Art Gallery.