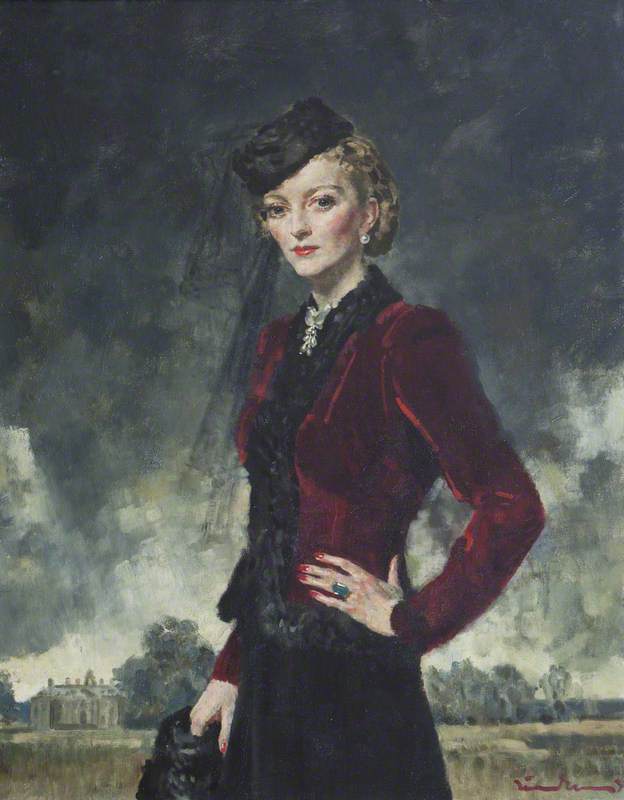 National Trust, Belton House
Portrait painter in oil, born at Theddingworth, near Rugby. He studied at the Slade School of Fine Art under Henry Tonks, 1918–21, and in Paris, some time with André Lhote. Exhibited at RA from 1927 and was elected RA 40 years later. Also showed Arts Council, RP of which for a time he was a council member, Royal Glasgow Institute of the Fine Arts, Walker Art Gallery, Liverpool, and Paris Salon, where he gained a silver medal in 1948. During World War II he was an Official War Artist in India and Southeast Asia and painted leading military figures, such as Field-Marshal Sir William Slim and Field-Marshal Jan Smuts. Imperial War Museum holds his work. Lived for a time in London and died in Amberley, Sussex. His son Dominic was also an artist, his father the singer Gervase Elwes.