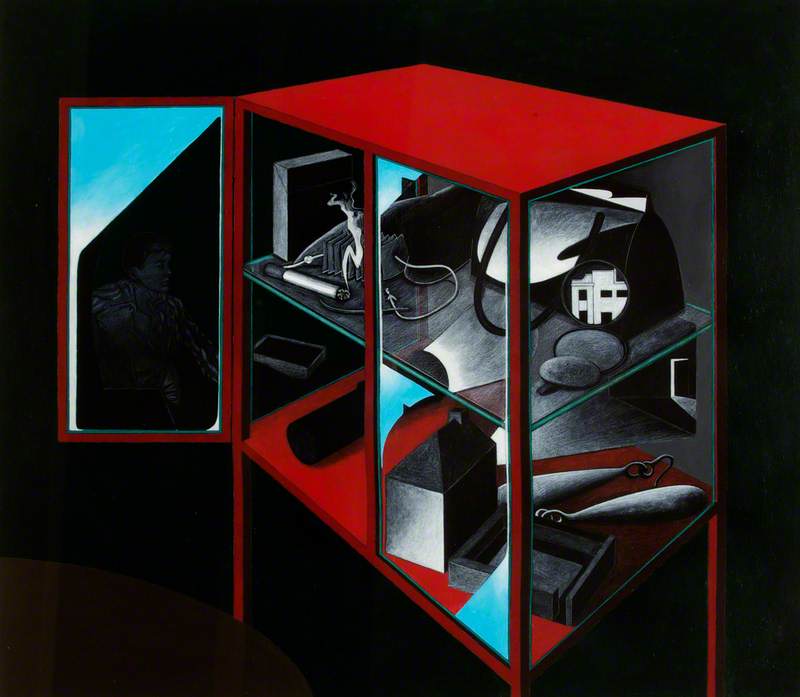 Painter and teacher, born and lived in Glynneath, West Glamorgan, who originally studied medical laboratory technology at Neath General Hospital/Neath Technical College, 1961–5, before taking a foundation course at Cardiff College of Art, 1965–6. Gained an honours degree from Newport College of Art and Design, 1966–9, did a postgraduate teaching certificate at University College Cardiff, 1969–70, gaining his master’s in fine art at South Glamorgan Institute of Higher Education, 1985–7. After a series of teaching posts from 1970, from 1980 Elias was head of the art department at Aberdare Girls’ Comprehensive, being a visiting lecturer at South Glamorgan Institute, 1988. He won several WAC awards and is represented in its collection as well as those of West Wales Arts Association and Bangor Normal College.

Read more
National Museum of Wales and Brecknock Museum and Art Gallery also hold examples. Elias was a member of The Welsh Group and of RCamA, sharing a show there in 2002. His later solo exhibitions included Brecknock Museum and Art Gallery, 1997, Wrexham Arts Centre, 1999, National Museum of Wales, 2000, and National Library of Wales and University of Glamorgan, both 2001. Ken Elias: The Pictures, which accompanied that show, included an appreciation of Elias’s often enigmatic pictures by the artist Ceri Thomas, who quoted Elias’s remark: “I appear to be attempting to create something solid and substantial out of memory, creating a kind of geometry of my earlier life.”