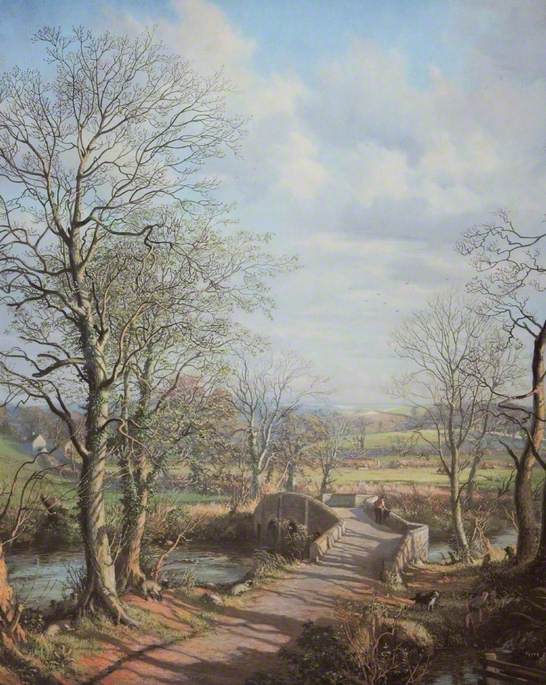 Artist and furniture designer, born in Plymouth, Devon, who moved to Buckinghamshire at the age of two. He spent most of his life in the county, at Hughenden, then Speen, eventually returning to Devon, where he died. Elford attended the Royal Grammar School in High Wycombe, before studying at the local Art College. He spent nine years at Waring & Gillow, working on the interior of ships, including the liner Queen Mary. During World War II, Elford’s ship was torpedoed and he and comrades were forced to abandon her. While stranded in west Africa he used campfire charred wood to draw. Returned to England, Elford became a popular and prolific artist. Members of the Fine Art Trade Guild voted him the most popular artist of the year; in 1969 he gained an award for one of his most famous works, Burnished Gold, a painting of anchored boats at sunset; and his picture of the Olympic oarsman Jack Beresford at 1925 Henley Regatta later fetched a high price at Sotheby’s.