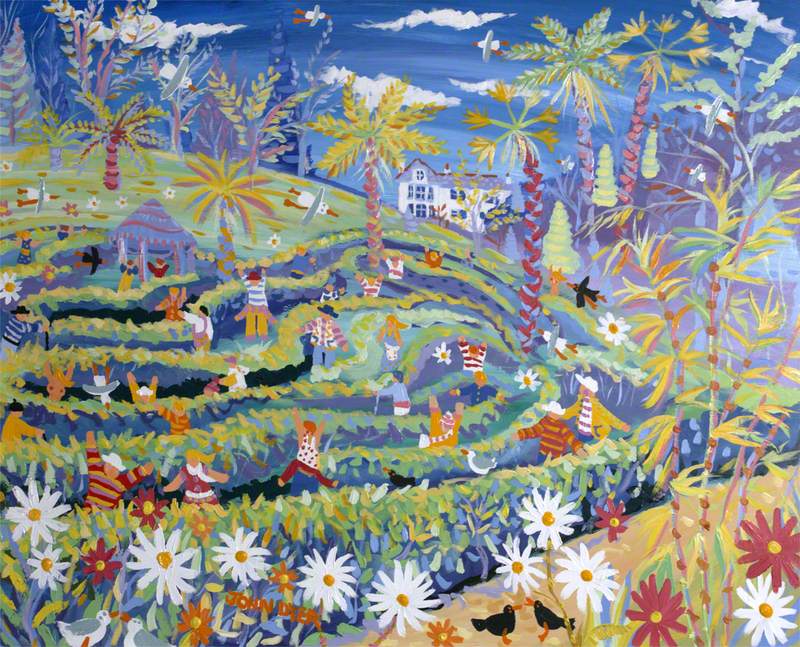 National Trust, Glendurgan
Painter of exuberantly coloured landscapes with figures, and designer, son of the artist Ted Dyer and married to the painter Joanne Short. The three occasionally worked on collaborative projects, such as Italy, Luce e Colore, arranged by the Falmouth Gallery Beside The Wave at Gallery 27, Cork Street, in 2003. John was painter-in-residence at The Eden Project, Cornwall, 2000–1. He had many group exhibitions, one-mans latterly including A Piece of Eden, Beside The Wave, 2001. His work was frequently published, including an Art Group poster distributed through Habitat, 1996; the official limited-edition print for the Cutty Sark Tall Ships’ Race, 1998, and Roaming around the Rainforest, for The Eden Project, 2001.