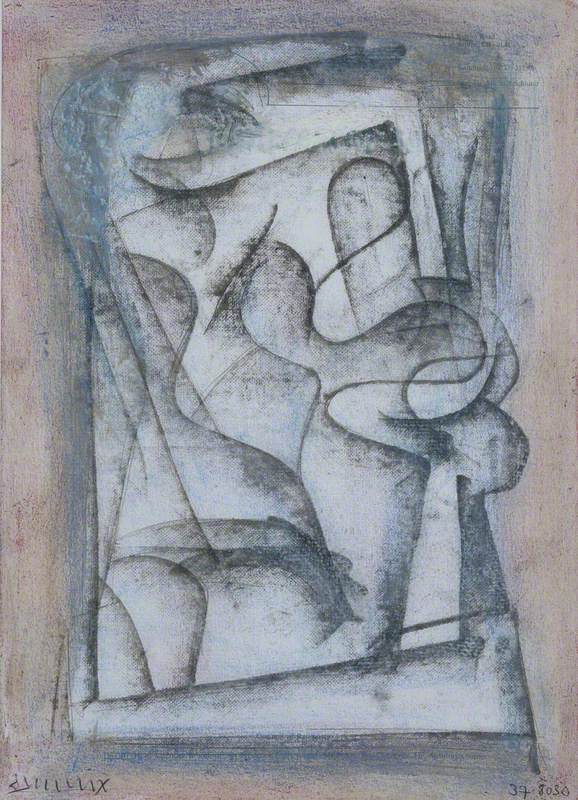 Painter and poet, born in Lavenham, Suffolk. After a childhood addiction to drawing aeroplanes, he did war service in the Army, then attended Camberwell School of Arts and Crafts, 1948–52, being influenced by Keith Vaughan and John Minton. In 1950s developed from figuration to abstraction. He said that any titles on his pictures were “meant to be interpreted as poetry, to engender a state of mind rather than describe exactly what the particular picture is”. Was influenced by European abstractionists and by English poetry, such as that of Gerard Manley Hopkins and Thomas Hardy, also by the work of James Joyce, Samuel Beckett and Dylan Thomas. As well as painting, Durrant was employed in administrative work at Vickers from 1956–63 and was a director of the Heffer Gallery, Cambridge, 1963–76.

Read more
Showed with Free Painters and Sculptors, of which he was a fellow, and with NEAC, of which he was a member, and quite often with RA from 1950. In 1960 his poetry A Rag Book of Love was published. After a solo show at Guildhall, Lavenham, in 1948, he showed regularly, later exhibitions including Loggia Gallery, Gallery of Britsh Art in Lausanne and Belgrave Gallery, 1991. Roy Turner Durrant, Painter and Poet, was held at Chappel Galleries, Chappel, in 2003. Modern British Artists also sold his work. Several dozen public collections hold his work, including Imperial War Museum, Bradford City Art Gallery and Balliol College, Oxford. Lived in Cambridge.