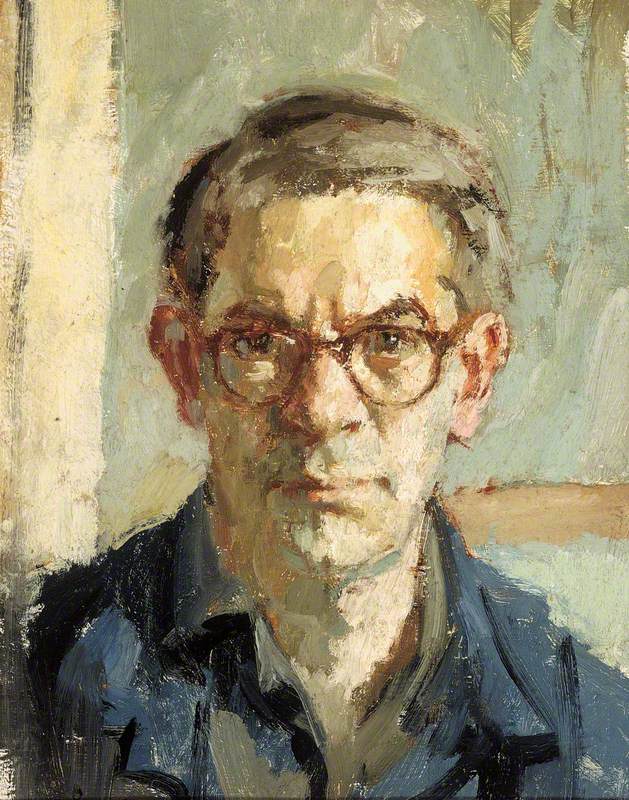 British painter, born in Teddington, Middlesex. He studied at the Byam *Shaw School of Art, 1939, and the *Slade School, 1939–41. His work is ‘mostly to do with figures in interiors: nudes particularly, but also musical subjects, scenes in galleries and so on; a few portraits; also townscapes, mostly Italian, and the odd landscape. I have always liked the French-English tradition of the 19th/20th century (pre-Cubist)…and have never felt a need to do anything different. The combination of everyday charm and solid painting—finding the colour and the pattern by observation—seems to me inexhaustible.’ He has had numerous one-man shows, notably a series at Roland, Browse & Delbanco (see Browse) between 1952 and 1972, and he has exhibited regularly at the *Royal Academy since 1945.

Read more
He has also written instructional manuals, such as Learning to Paint (1970). In Jeffrey Archer's novel Not a Penny More, Not a Penny Less (1976), the villain, Harvey Metcalfe, is an admirer of Dunstan's work: ‘Harvey made a special point of looking at the Bernard Dunstans in the [Royal Academy Summer] Exhibition. Of course, they were all sold. Dunstan was one of the artists whose pictures always sold in the first minutes of the opening day.’

He also exhibits annually in the Royal Academy Summer Exhibition and the New English Art Club, and his work is held in many private collections. In 1946 he was elected a member of NEAC, 1949 a member of the RWA, acting as President, 1979-83 and in 1968 elected RA. He has also published several books on painting methods and is represented in numerous public collections. These include Aberdeen Art Gallery, Arts Council England, Bristol Art Gallery, Museum of London, Herbert Art Gallery, Brighton & Hove Art Gallery, Maidstone Art Gallery, National Library of Wales, National Gallery of New Zealand, National Portrait Gallery, Plymouth Art Gallery, Rochdale Art Gallery, Royal Collection, Ruth Borchard Self-Portrait Collection, Windsor and Museum of Modern Art, Wales. His paintings are the 'intimiste' style of Bonnard and Vuillard and he has written about these artists with knowledge and understanding. Bernard Dunstan was married to the painter Diana Armfield.