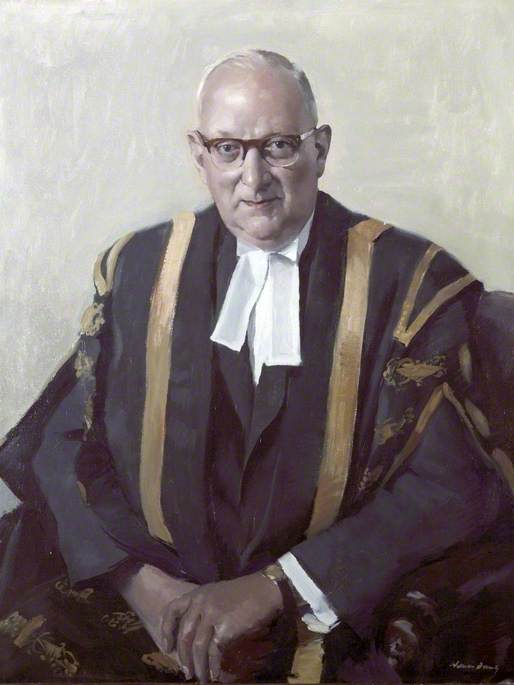 Painter, draughtsman and teacher, born Dennis William Dring in London, known colloquially as John; brother of the artist James Dring; married the painter Grace Elizabeth Rothwell; his daughter Melissa Dring was also an artist. Studied under Henry Tonks at Slade School of Fine Art, 1922–5, and emerged as a fine draughtsman, a sympathetic portrait painter, fond of using his family as subjects, and deft watercolourist. Won several prizes and scholarships at the Slade. Taught until 1940 at Southampton School of Art, then became an official war artist, whose work is well represented in the Imperial War Museum. After the war he became a noted RA exhibitor, being elected RA in 1955, producing a stream of boardroom and official portraits and depicting a number of royal occasions.