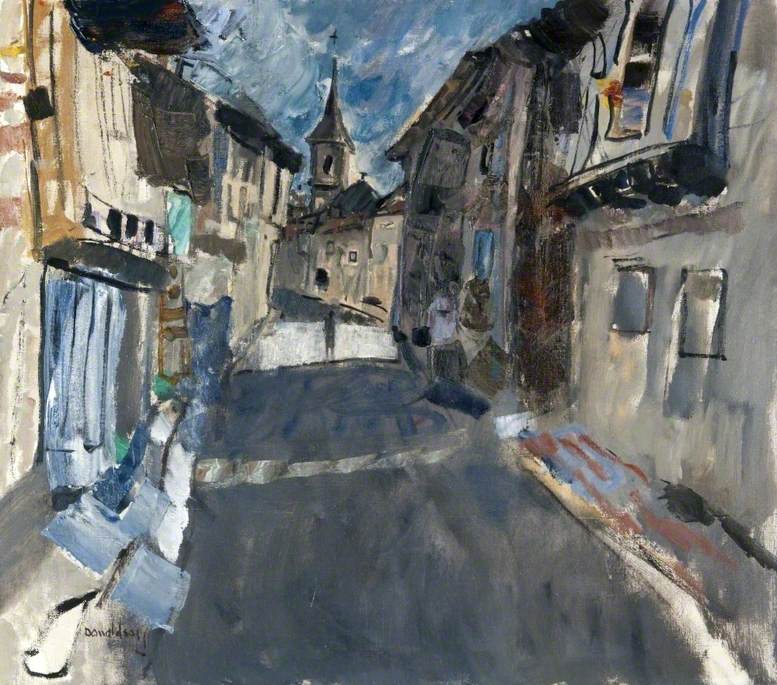 Painter and teacher, born in Chryston, Lanarkshire. He was married to the artist Marysia Donaldson. He studied at Glasgow School of Art, 1932–7. In 1936 Donaldson won the Directors Prize and a year later the Haldane Travelling Scholarship, visiting Italy and France. After additional tuition at Glasgow School of Art he took up part-time teaching there, becoming a full-time teacher and eventually head of the department of drawing and painting. Was elected RSA and won its Guthrie Award. In 1977 he was appointed Painter and Limner to HM The Queen in Scotland. Although versatile, Donaldson became known as one of Scotland’s leading portrait painters. He participated in many group shows in Britain and abroad. Had a one-man exhibition at Henry Hillier’s Studio, Glasgow, in 1961, others including the French Institute, Glasgow, and Mall Galleries, 1980.

Read more
Donaldson’s work is held by HM The Queen, Scottish Arts Council and many Scottish galleries. Lived in Glasgow, but had a house in France.