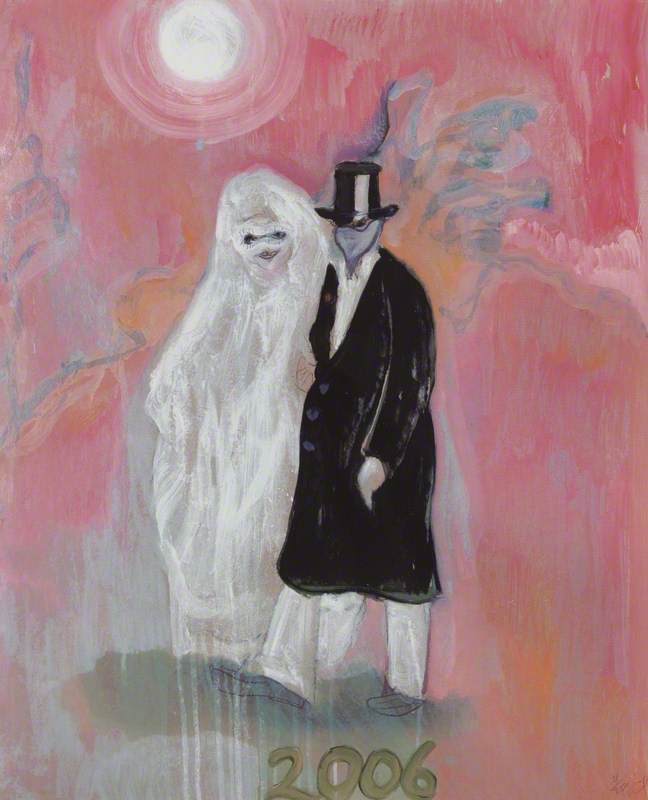 British painter, born in Edinburgh. His father's work with a shipping company made for a childhood in different locations: in 1962 the family moved to Trinidad and then in 1966 to Canada. He went to London in 1979 to study art, first at Wimbledon School of Art and then at *St Martin's School of Art. Then, after a further period of supporting himself as a dresser at English National Opera, he moved back to Canada, where he worked as a scene painter in the film industry. Returning to Britain, he completed his MA at Chelsea School of Art in 1990. In 1993 he won first prize at the *John Moores Liverpool Exhibition. In 2002 he moved to Trinidad. He had a major retrospective at Tate Britain in 2008. Doig's paintings often recall the Canadian landscape, evoking snow and reflections with a virtuosic but anti-illusionistic painting technique.

Read more
In spite of an element of personal history in his work, he has insisted that he is concerned with memory in general, not just his own memory. Indeed his work has drawn on a wide range of imagery: his own photographs are one source but there is also a bohemian dandy from Daumier and a shot of a girl floating in a canoe, derived from the horror film Friday the 13th. A constant theme is the confrontation of human action and artefacts with the world of nature, a confrontation dramatized by contrasts of colour and technique. In one series a semi-derelict housing block by the modernist *Le Corbusier is encountered in a forest. Doig has said of his work: ‘By making a painting or by looking at a painting, we [try] to get away from the ordinary.’ Further Reading J. Nesbitt, Peter Doig (2008)