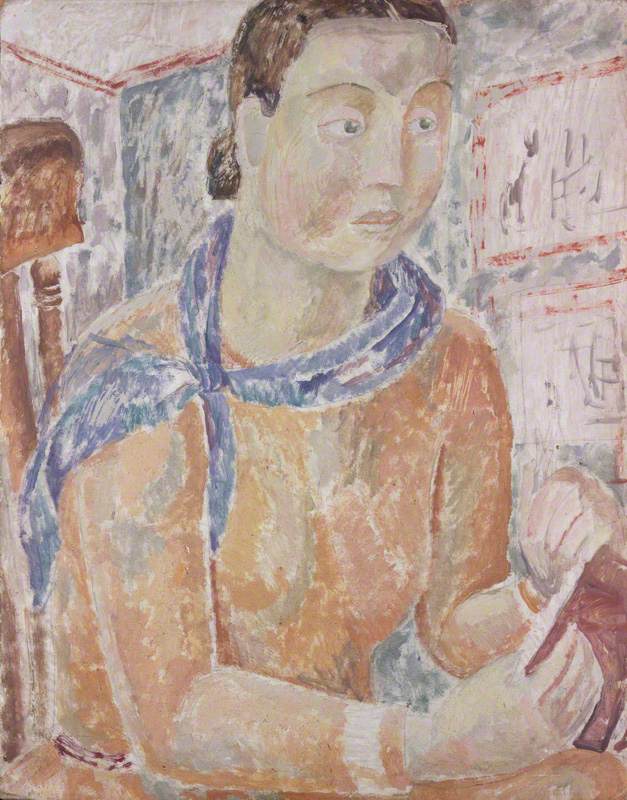 National Portrait Gallery, London
British painter, born at Gravesend. She studied at the *Slade School, 1902–3, and the Atelier La Palette, Paris, where her teachers included *Blanche, *Dunoyer de Segonzac, and *Metzinger, 1910–13. In 1913 she met Wyndham *Lewis and she joined the *Vorticists the following year, signing the manifesto in the first issue of Blast and later taking part in all the group's key activities. After the First World War she exhibited with other ex-Vorticists as *Group X (1920) and from 1926 she was a member of the *London Group and of the *Seven & Five Society. During the 1930s her work became completely abstract (Related Forms, 1937, Tate). She also wrote poetry.

She met Wyndham Lewis (1882–1957) in 1913 and became a member of his Rebel Art Centre, signing the Vorticist manifesto published in the first issue of Blast in 1914. As one of only two female members of the Vorticist Group, Dismorr brought a distinctive feminism to an arena otherwise characterised by its male participants and the masculinity of its art.

In 1925, she held her first solo exhibition at the Mayor Gallery and was elected to the LG and the 7&5 Society in 1926. She was also one of only seven British women to be included in Die Olympiade onder Dictatuur in Amsterdam in 1936, and showed with the AIA in 1937.