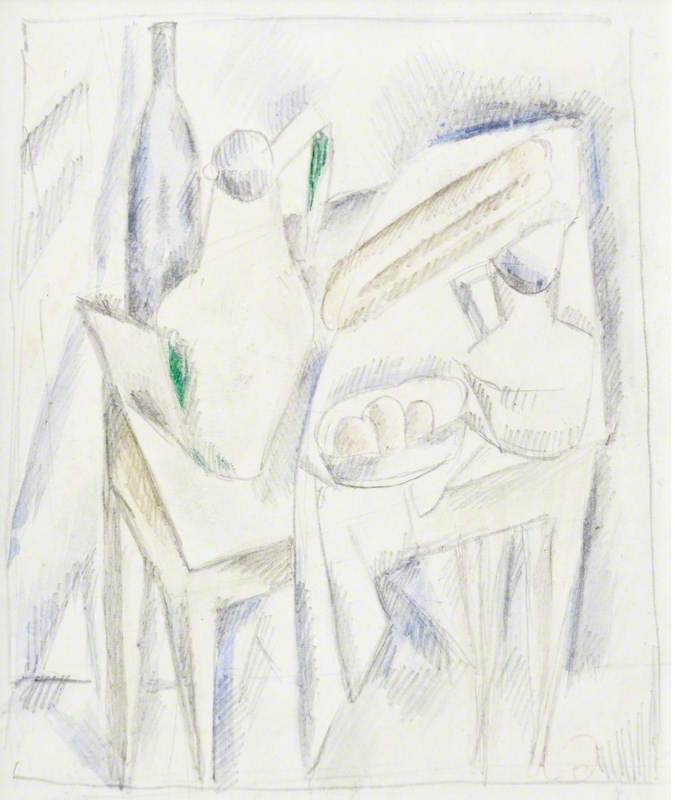 (b Chatou, nr. Paris, 17 June 1880; d Garches, nr. Paris, 8 Sept. 1954). French painter, printmaker, theatrical designer, and sculptor. In the first two decades of the 20th century he was near the centre of avant-garde developments in Paris: he was one of the creators of Fauvism, an early adherent of Cubism, and one of the first to ‘discover’ primitive art. However, in the 1920s he moved away from his pre-war experimentation to a much more conservative style reflecting his admiration for the Old Masters. The works he painted in this manner (including landscapes, portraits, still lifes, and nudes) made him wealthy and internationally famous (he exhibited widely abroad), but they dismayed many supporters of avant-garde art. He polarized opinion so much that in January 1931 the periodical Les Chroniques du jour published a feature entitled ‘André Derain: Pour ou Contre’.

Read more
Among those quoted in this was Jacques-Émile Blanche, who—even though he was a fairly conservative painter himself—wrote: ‘Youth has departed: what remains is a highly cerebral and rather mechanical art.’ The differences of opinion he had provoked in his life continued after Derain's death. Many critics think that his work after the First World War was essentially a long anticlimax, but some admirers have thought extraordinarily highly of him, notably Giacometti, who wrote in 1957: ‘Derain excites me more, has given me more and taught me more than any painter since Cézanne; to me he is the most audacious of them all.’ Two years later the American critic John Canaday (1907–85) summed up the situation in his book Mainstreams of Modern Art: ‘His detractors think of him as a parasite on both the past and the present, but…some critics award Derain unique status as the only 20th-century painter to achieve an individual compound of the great tradition of French culture as a whole with the spirit of his own time…This opinion is particularly held in France—where, of course, it is most legitimate.’