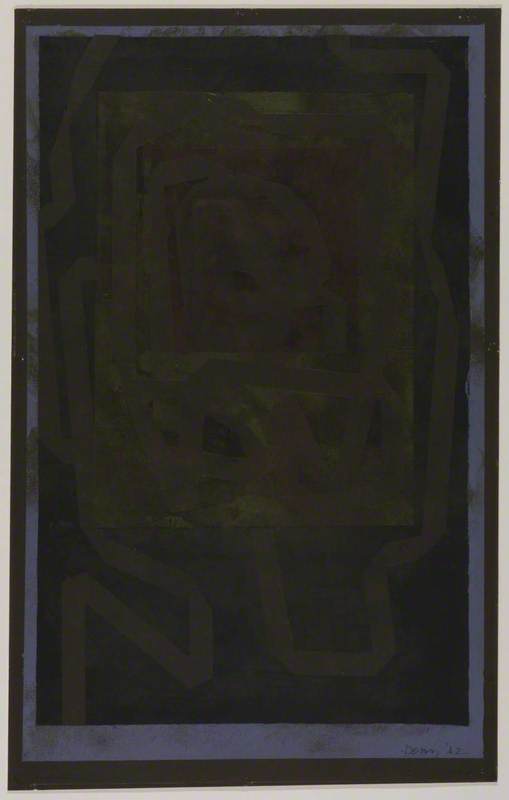 British abstract painter, printmaker, and designer. He was born at Abinger, Surrey, and studied at *St Martin's School of Art and the *Royal College of Art, 1951–7. He was among the young British painters enormously impressed by the scale and energy of *Abstract Expressionist painting. Early paintings such as Red Beat 6 (1958) combined *gestural handling with lettering: like the *Pop artists, Denny was fascinated by the qualities of urban space. In 1959, alongside Richard *Smith and Ralph Rumney (1934–2002), a painter with connections to the *Situationist International, he mounted ‘Place’ at the *Institute of Contemporary Arts in London. The paintings were organized in a kind of maze which forced the viewer up close against them. In 1960 he helped organize the first *‘Situation’ exhibition, a landmark in British abstract art.

Read more
One of the pictures he showed there is Baby is Three (1960, Tate), which is typical of the calm, meditational character of his work. The title derives from a science fiction story. In his work of the early 1960s he used very soft, muted colours applied with an immaculate flat finish within a subtle geometrical framework which tends to suggest doorways or other architectural features. Later his brushwork became more painterly. In 1973 he became the youngest artist ever to be given a Tate Gallery retrospective. He has received many public commissions, including a series of vitreous enamel panels at Embankment Underground Station in London. Further Reading D. A. Mellor, The Art of Robyn Denny (2002)