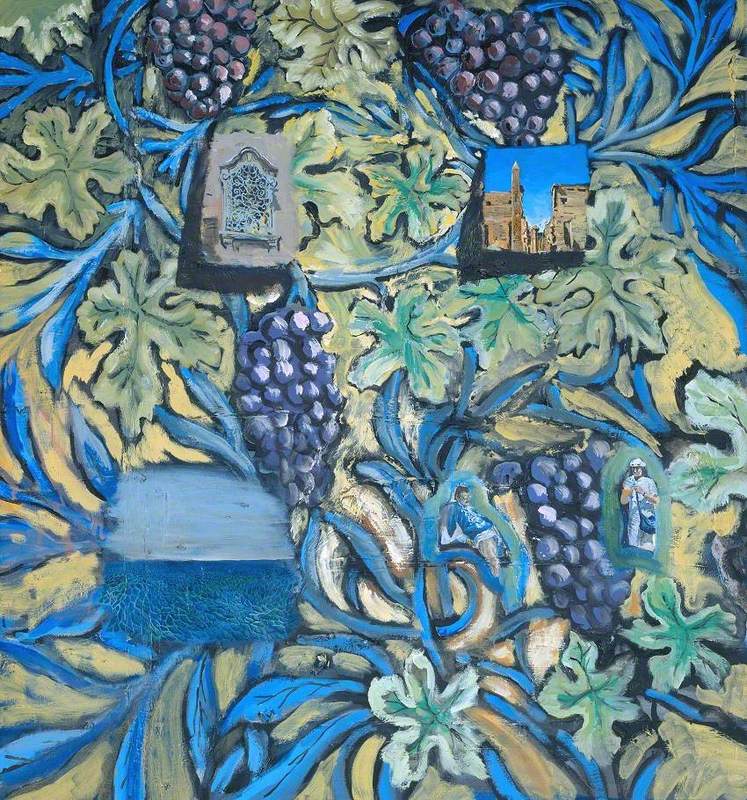 The Confinement of Richard Dadd 1985

Painter and teacher, born in Colchester, Essex, who said that he wanted “to make a new kind of Pre-Raphaelite painting; but not in a revivalist or nostalgic sense”. Studied at Slade School of Fine Art, 1976–80. From the late 1970s Dennis took part in many group exhibitions, including Whitechapel Open, 1980; Castello Colonna, Genazzano, Italy, 1985; Comic Iconoclasm, at ICA, 1987; South Bank Centre tour The British Art Show, 1990; and John Moores Liverpool Exhibition, from 1997–8. One-man shows began with 5 Dryden Street Gallery and University of Essex, both 1979; a series with Salvatore Ala Gallery, New York, Milan and London, from 1985; Anderson O’Day Gallery, 1994, Chelsea College of Art and Design, 1999, and Art Space Gallery, 2003.

Read more
He was tutor in fine art at Ruskin School of Drawing, Oxford, from 1991–7. Dennis was senior lecturer in painting at Chelsea College of Art from 2000. His work was held by many public collections, including Arts Council; British Council; Leeds City Art Gallery; Saatchi Collection; Stedelijk Museum, Amsterdam; and Tate Gallery. Lived in London.